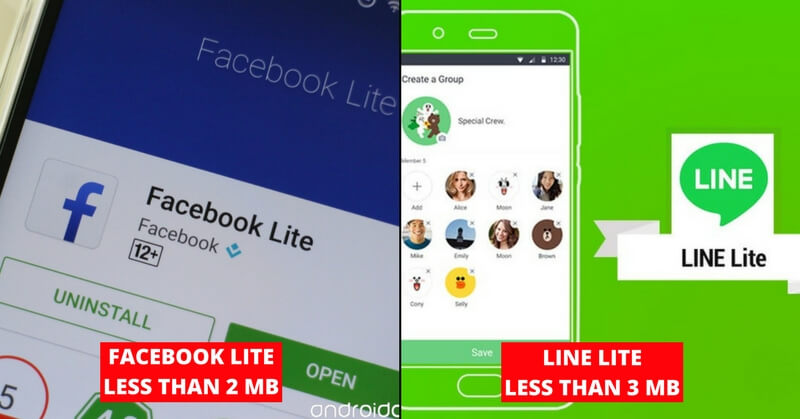 YouTube is all-time favorite app for Android devices. However, it gets very slow and unresponsive at times. This is an indicator that you must go to YouTube Go. It is a faster and lighter version of the original YouTube app for Android. It features some notable features such as saving videos for offline viewing. It also offers the option to view the same YouTube video at different quality levels. Hence, it’s an amazing app overall.

Google Maps is one of the most sought-after apps in the Android app segment. But the major problem is that it is a memory heavy app which slows down your entire Android device. Maps Go is a lite version of the same and carries features which are the same as that of the original app. You can search and navigate to any place of your choice with this app. Overall, it’s a great utility app!

At times there are chances that files get cluttered on your Android Device. Unwanted Cached files, downloaded data and old unused apps can eat up precious amounts of memory space on your phone. Files Go helps you reclaim your old space on your android device. Though it’s not a full-fledged file manager app, you can still traverse through all your old files and delete the ones. File Go to Google is a great utility app overall.

Click here to check out these amazing hidden tricks you can do with your cell phone.