8 Fascinating Facts About Marilyn Monroe That You NEED To Know 1. It Was VERY Difficult For Her To Learn Dialogues

She took more than sixty retakes to deliver the line “It’s me, Sugar” in Some Like it Hot. 2. She Gave Herself Several Different Names

Her parents named her Norma Jeane Mortenson, she was baptized as Norma Jeane Baker, she modeled as Jean Norman and Mona Monroe, she checked into hotels as Zelda Zonk and into a psychiatric clinic as Faye Miller. She legally became Marilyn Monroe in 1956. 3. Her Mother Was Mentally Ill

Not many people know this fact but her mother, Gladys Baker was mentally ill and she was unfit to take care of Marilyn Monroe, which is why she had to stay in many foster homes. Sources actually state that even though Monroe was voluptuous and curvy, she was always a size 8 or 10. It never exceeded 10. 5. She Had Slight Speech Defects

Marilyn Monroe stuttered throughout her childhood and teenage. She also had to get the help of a speech therapist to overcome this. The New York Times reported that the number of suicides increased to an average of 12 per day due to Monroe’s fans committing suicide. 7. She Was A Very Sad Person On The Inside

Despite being portrayed as a very happy and cheerful person by the cameras on-screen, she was very sad in general. This can’t be too hard to believe because she was desired but every man in the world, she couldn’t find happiness with one. Nobody could believe that someone who seemed so happy could even think of committing suicide. Her death was the front-page story all across the globe. Marilyn Monroe’s story was inspirational in many ways, wasn’t it? Comment below and let us know about similar stories about actresses. 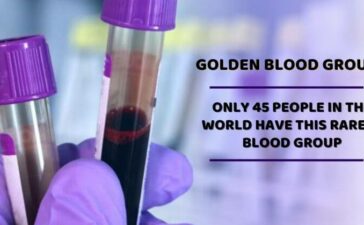