Check How It looks When Super-Trucks Transport Gigantic Machinery

Even The Rocket Shuttle Are Transported on Wheels 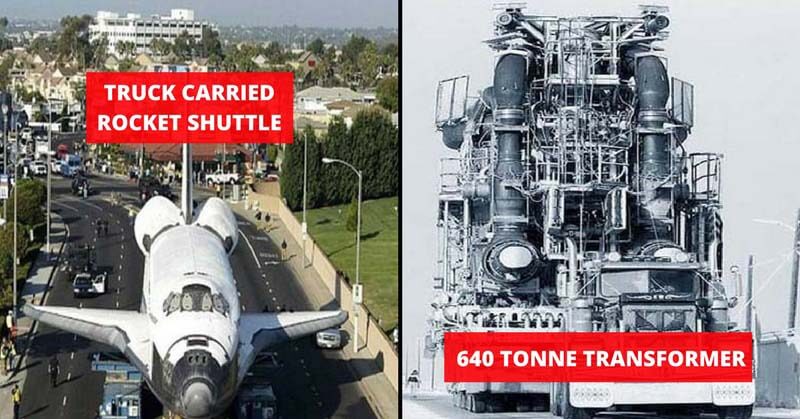 If you have ever dreamed about how the trucks would look when they carry rocket shuttles, you can check the picture. Back in October 2012, the truck was designed with 160 wheels to hold super heavyweight.

Back in January 2012, the Panalpina Logistics Company of Switzerland transported the 570 Ton petrochemical machine for a distance of 60 Kilometers.

idaho national laboratory (INL) is focused on the research and experiments about the nuclear reactions. In October 1968, they exported two heat transfer reactors on the trucks. This is how the machines looked when they were loaded.

In the Yuma city of America, a truck was spotted carrying an insane amount of load on 28 March 2014. Later it was stated that the truck was carrying 520 Tons of weight.

What do you say about these super trucks carrying gigantic machinery? Share your thoughts.

Also, check the scariest rides in the world that have killed people.