Among the South Indian States, Andhra Pradesh is a stand out among them. It is the state which sends maximum number of candidates to IITs.

Andhra cuisine is rich in spices. This is something which is very unique. People around would be wondering when they eat that salted chilly without any complaining. People here are not biased towards the others origin. They talk to you if they like you as a person, you need it be from Andhra to make good friends here.

Doctor/ Engineer in every house 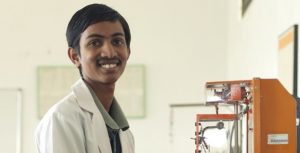 By watching movies, don't come to a conclusion that we deal with faction a lot. There is no exaggeration, even if it is I said that there is an ENGINEER/ doctor at every home. People are God fearing .They usually pay visit to any of the famous holy destinations around. In huge numbers people emigrate either for higher studies or for lucrative jobs.

Language is no barrier as people here can communicate easily in Hindi.