This season of IPL has brought extremely thrilling matches. In the previous fixture, Delhi Daredevils defeated Rajasthan Royals in a nail-biting contest. The match 33 of IPL 2018 was played between Chennai Super Kings and Kolkata Knight Riders. Batting first, Chennai Super Kings scored 177/5 in 20 overs. In the pursuit, KKR stumbled in the beginning but got back on the track. Shubham Gill and Dinesh Karthik sealed the deal for KKR, and they chased the target in 17.4 overs.

Winning the toss, KKR elected to bowl first. CSK started strong and the dynamic duo of Faf Du Plessis and Shane Watson knocked 48 runs on board in first five overs. The partnership was broken when Piyush Chawla bowled Faf. KKR took a sigh of relief but that did not last long as Raina and Watson smashed few boundaries and raised their worries.

The Strides Were Cut Short

KKR got the break and put an end to Watson’s innings. Just after few deliveries, Raina was also sent off to join Watson in the dough out. After losing three wickets, the striding score of Chennai Super Kings slowed down.

However, MS Dhoni was still on the crease and it relieved the CSK fans. Dhoni played blasting innings and scored 43 runs off 25 balls with the help of one four and four sixes. Thanks to Dhoni, Chennai Super Kings put up 177/5 after the end of the 20 overs.

The start was not pleasing for KKR’s fans as the opener, Chris Lynn lost his wicket to Lungi Ngidi in the last ball of the very first over. Robin Uthappa tried to ease off the pressure but he got out when the score of KKR was just 40 runs.  However the team came back right on track and till the end of 9 overs, KKR was able to put 80/3 on the scoreboard.

The partnership of Shubham Gill and Dinesh Karthik raised the hope of the KKR fans and after the end of 15 overs, Kolkata Knight Riders scored 141/4. They smelled the victory as they needed just 37 runs in 30 balls.

Sunil Narine Was Selected As Man Of The Match

Besides all this, Sunil Narine displayed great all-rounder game. He took 2 wickets and gave only 20 runs in 4 oversMoreoverer, he played a fine inning with the bat by scoring 32 runs in 20 balls. For his amazing performance, he was selected as the Man Of The Match.

Shubham Gill scored 57 runs off 36 balls including 6 fours and 2 sixes. He along with Dinesh led Kolkata Knight Riders to the victory by six wickets.  Dinesh scored 45 off just 18 balls including 7 fours and 1 six. The team chased the target in 17.4 overs. What do you say about this match? Share in the comments. 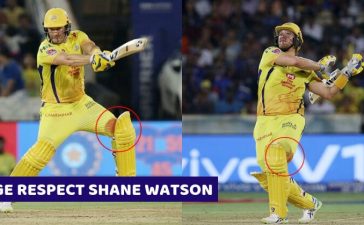