2018 has already started off with a pleasant surprise. Only one year in since the demonetization and 5 days into the new year, the Indian currency has already seen a change. The last 2 years have been a topsy-turvy period for Indian finance and money with the demonetization, new 500 rupees, 200 rupees, 50 rupees and 2000 rupees notes and look like, fresh into this year, we are welcomed with a brand new change- quite literally-change. Now 10 rupees note has been introduced. Will the Indian public have to stand in long excruciating queues for the atm again? We’ll have to wait and watch.

Here’s a brief run-down of the recent changes and the situation at hand:

2016 is now famously known in India as the year where the common 1000 Rupee note had been brought down to Rs. 500 with a whole new make-over. The smell and feel of the new 500 rupees note was the hip-and-viral thing and even took over the internet and media scene. Netizens where making videos and posting selfies with the brand new notes!

Of course, we’ve been in for more surprises right after that. We were introduced to the infamous 2000 rupee note! Pretty in color, but not exactly very pretty as frustrated public stood in grieving lines for weeks to get their hands on this new luxury. Not to mention, the countless shops that just did not have change!

Slowly, but surely, we were met with the new addition to the denomination family – the 200 rupees note. Released just in August of 2017, the 200 Rupees note sure does look special with its yellow hue. Surely this has been a great addition and a great way to get change for the infamous 2000 rupees notes!

Many of us were waiting for the 50 Rupees note’s make-over and with enough anticipation, we so received one. It really is hard to miss out on this note, even though late to the party, the 50 Rupees note sure does catch everyone’s attention with that light, almost neon, blue!

For the big reveal in 2018, the big New Year’s surprise is the introduction of the brand new Rupees 10 note! The fresh chocolatey look will definitely earn a place in many heart—er, banks and wallets! In the Indian Rupee, no denomination truly gets left behind after all.

The all-new 10 Rupees not will soon be in circulation as issued by the RBI. With striking blue, pretty pink, an interesting green, a sunny orange and chocolate brown, all that is left is a new 20 Rupees note to complete the Monopoly-coloured cash makeover! However, wishes can wait as they certainly seem to be coming true this year. The new 10 Rupees note is sure to see many avid reactions. Remember folks, you heard it here first! Interested reading about money? Read about these royal rulers of India who spent money in the most lavish ways possible! 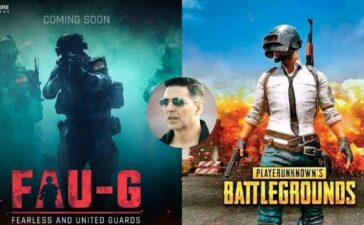