What are some must-watch Bollywood Movies Which did not do Well at the Box Office? A lot of great movies are listed here which were not appreciated on Box Office but loved by audience. 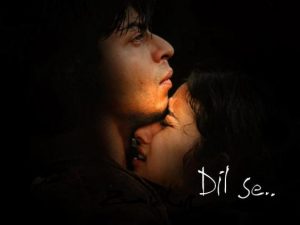 The Plain and simple reason why this film was a flop was because it was way ahead of its time. It was too much entrenched in realism when the Indian audiences were still being fed on a regular diet of bullshit films like Hero No. 1, Biwi No. 1 and Raja Hindusthani. It's hard to even imagine how this cult Bollywood film crashed and burnt at the box office; but it did. The film which had two big stars in Salman and Aamir took three years to complete as the duo went head and toe against each other to have more screen presence. Fire got embroiled in politics and protestations even in the fledgling days of release. After, a number of concessions which included changing of on the main character's name from Sita to Nita. The film, which finally got released in India in 1998. Anurag Kashyap is at his best here. If Anurag Kashyap's movies are ranked in an order from best to worst, this one definitely takes the second spot (below GoW, of course). It's a dark, intense and disturbing tale of atrocious nature of human intentions. All the actors have given a stellar performance, but Ronit Roy steals the show here. It keeps you glued to the screen for 130 odd minutes and leaves you numb towards the end. The movie was released a week after PK and thus went completely unnoticed. D-Day is Bollywood's Zero Dark Thirty and it works because it plays out our fantasy of revenge through violence. Not only this, the movie is a gripping, well-paced thriller and a sensational take on Indian government's wet dream. It does all of this without a pinch of jingoism and yet manages to bring out patriotism in us. A must watch. The movie's stellar cast included Manoj Bajpai, Nawazuddin Siddiqui, Raj Kumar Rao, Jaideep Ahlawat. (It's like Gangs of Wasseypur Reunion) The movie too was made very well and had been bliss to watch with sensible performances from the entire cast. Lootera was a gorgeous period film set in the 1950's. Its budget was 35 cr but it failed to recollect that amount.
Direction by Vikramaditya Motwane of this film inspired by David O. Henry's short story The Last Leaf was nothing short of being deemed as beautiful. The best thing about this movie was its music. All the tracks composed by the genius Amit Trivedi were a master piece. This is one movie which made absolute sense, was super logical, and had almost everything going on for it. You know, Shahrukh Khan and all! But it's a classic case of a movie not doing well because of the lack of glam factor. It was a coming of age tale of an Indian NASA scientist, and how he eventually moves back to the country after seeing for himself how much the nation needed him. Despite not being a blockbuster, the movie achieved a cult status simply because of its content and what it brought to the table. If you like Manoj Bajpayee this is a MUST. If you don't like him, this movie will change your mind about him. It is NOT a war movie, mind you. It is about how some Indian soldiers try to escape Pakistan imprisonment. The last 5 minutes steal the show.

The film is based on the true events of Indian intervention in the Sri Lankan civil war and assassination of former Indian Prime Minister Rajiv Gandhi.  It is by all means a pretty decent thriller. Utterly devoid of the superfluities and terse to the point of being of labeled as "un-bollywoodish" the movie represents all that is desirable in an entertainer.

The above are the movies that I think are the once that missed box office. Would like to see your comments so that more can be exposed.