The 11th Edition of IPL has been nothing short of spectacular. The tenth match is between Kolkata Knight Riders and Sunrisers Hyderabad. Sunrisers Hyderabad are on a roll after they won two matches on the trot and now sit on top of the table. Bhuvneshwar Threefer performs amazingly on the field today!

SRH Win The Toss And Elect To Field

The Hyderabad based team wins the toss and elects to field this time around.

Hyderabad have started off very well as the important wicket of Robin Uthappa has been taken quickly. They have so far reduced Kolkata to a score of 52/1 in 7 seven overs. Play resumes after it was halted for to rain. Shakib al Hassan is a man on fire as he takes two wickets in two overs to put Hyderabad in pole position. Sunrisers Hyderabad have continued their fine bowling performance against Kolkata.

Bhuvneshwar has taken three wickets as he puts up a bowling masterclass. They have restricted Kolkata to a paltry score of 138/8.

Despite losing Uthappa early, Kolkata have played very carefully and have mounted a decent score of 52/1 after seven overs played. Lynn is a strong hope for Kolkata’s charge towards a big score.  Rain has now stopped play temporarily. Kolkata have begun the post rain match play rather slowly and lose two quick important wickets. Chris Lynn was the only standout performer for Kolkata as they record a paltry score of 138/8 after 20 overs of play.

Despite a positive start by both Dhawan and Saha, Hyderabad lose both of them and the score after 5.1 overs is 46/2. Hyderabad have Batted really well and have put up a score of 62 runs in just 10 overs. Shakib Al Hasan scored 15 runs in Andre Russell’s over and put Hyderabad in pole position to win the match. Hyderabad have lost two important wickets in the last few overs but last minute batting masterclass by Yusuf Pathan ensured that Hyderabad won the match by 5 wickets.

Narine is the protagonist behind a brilliant bowling performance by Kolkata as he takes two important wickets of Saha and Dhawan. Despite taking three wickets, Kolkata have so far not been able to prevent a stable batting performance by Hyderabad. Mitchel Johnson has managed to take out Williamson in the 17 over. A determined Yusuf Pathan was unstoppable by the Kolkata bowling lineup as Hyderabad won the match by 5 wickets.

The undoubted man of the match is Billy Stanlake who took 2 Wickets and conceded 21 Runs in his 4 overs.

The previous match of IPL 2018 was between Delhi and Mumbai where Jason Roy got Delhi Daredevils it first victory of the IPL Season 11. 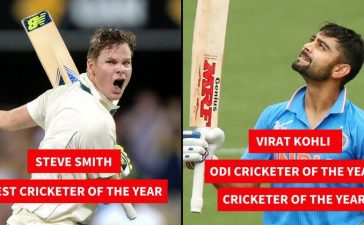