Lowest Point Achieved By Each Team In The History Of IPL Indian Premier League (IPL) is the most awaited cricket tournament for all the crickets fans across the globe. IPL was established in 2008 and soon became the most popular T20 league in the world. IPL team’s names are based on the major Indian cities owned by the franchise. There are ten teams in IPL from 2022. Every match in the tournament is full of fun adventure and thrill. Any moment can be a game-changer. Due to this, IPL became the most-watched cricketing league in the world. It is the most competitive league where a small mistake can be costly. The margin of error is too less. Every year one team wins and one team finishes at the last spot in the point table. It is very necessary for the lowest scorer to plan more efficiently and come up with a unique strategy in the following year. Let us have a look at the lowest point in the single season achieved by each team in IPL history.

The team was initially named Deccan Chargers. In spite of having some of the best batsmen like Rohit Sharma, Adam Gilchrist, and Shahid Afridi the team did not perform well. Afridi scored a total of mere 81 runs in 10 matches. VVS Laxman was the captain of the team and he was unable to handle the team in an efficient manner. Bowlers also did not perform as expected. The team just scored 4 points in the first season. This was the lowest score by any team since the inception of the IPL tournament. For more sports-related updates and news visit https://parimatchnews.com.

In 2009, Brendon McCullum was the captain of KKR. There were many prominent players on the team like Chris Gayle, Bradd Hodge, and Ajantha Mendis. John Buchanan was the team Coach who had many strategies but he was enabled to choose the correct one. From the first match, Buchanan was unable to decide the proper batting order. In 2009 KKR showed its worst performance. Due to this team was languishing at the bottom and was able to get just 7 points.

KXIP scored only 6 points in the IPL in 2015. KXIP was the finalist of the IPL of 2014 under the captaincy of George Bailey. There were many reasons in IPL 2015 for the disappointing performance of the team. Majorly Glenn Maxwell’s performance became worse as he scored just 145 runs in 11 matches. The team always maintained a low chasing score due to the uncertainty and confusion in the batting order. There were only 3 bowlers Sandeep Sharma, Axar Patel, and Mitchell Johnson. The bowlers were at their best in the year 2014 but their performance degraded in the following year. This landed the team at the bottom with a total of only 6 points.

Earlier the team was named Delhi Daredevils. Later in 2018, the name was changed to Delhi Capitals. Delhi is one of the teams that has never won the IPL title. In 2009, they were eliminated by Deccan chargers in the semi-final. Delhi Capitals was able to score only 4 points in IPL 2014. That season, they had the likes of Kevin Pieterson, Quinton de Kock, JP Duminy, Dinesh Karthik, Kedar Jadhav, Mayank Agarwal, Ross Taylor, Mohammed Shami, but still, they failed to put on a good show.

Virat Kohli’s Royal Challengers Bangalore never won the IPL trophy. The season 2017 was the worst for them when they have finished at the bottom with just 7 points. The team looks strong on paper with the likes of Chris Gayle, Virat Kohli, Shane Watson, Travis Head, AB De Villiers. But injuries to their major players gave them 10 losses in the season. All this steers to the team’s worst performance in 2017.

CSK won the IPL title as many as four times and was the runner-up four times. MS Dhoni is the captain of the team since the tournament started. 2020 was the first year when they have not qualified for the playoffs. These times bowlers played their part well but there was a scarcity in the batting order. Similarly in 2022, because of lackluster performances, CSK finished 9th in the point table.

Rajasthan Royals are the champions of the inaugural edition of IPL. Since then, the team is unable to reach the final even once. In 2019, Rajasthan Royals finished seventh in the table with 11 points. This year the team finished last but has 1 point more than the previous season.

Mumbai Indians is the most successful franchise that has won the IPL trophy 5 times. But it took them 6 years to lift their first trophy in 2013. In 2009, Mumbai Indians finished in the seventh position. On paper, the team was very strong with the likes of Sachin Tendulkar, Sanath Jayasuriya, Lasith Malinga, JP Duminy, Shikhar Dhawan, DJ Bravo, Harbhajan Singh, and Zaheer Khan. But they were unable to perform as per the expectations. In 2022, Mumbai Indians lost eight straight games and the season was the poorest for the team. Mumbai Indians finished last in the point table and had 8 points.

Which is your favorite team in the Indian Premier League? Let us know in the comments below. 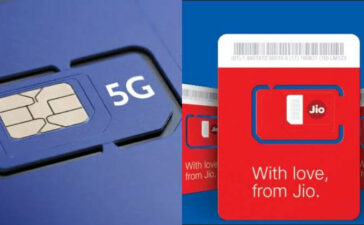