KRK Diagnosed With Stomach Cancer, Claims To Live Only For A Year Or Two- Check Out His Tweet KRK might be the most trolled person on the internet but the news about his Cancer has shocked the country. Known for many controversies on his name, KRK is famous for his negative reviews about movies and celebrities on the twitter.

For getting into ugly fights with celebrities he has been banned from the twitter. Now he is been using his KRK box office twitter to give reviews about movies and celebrities.

News That Came As A Shock

However, a shocking news was updated on his current twitter account which was an excerpt from his recent press release in which he confirmed that he is suffering from Stomach Cancer. His cancer is reached at 3rd stage and according to KRK, he doesn’t have much time left.

This is press release of #KRK about his health. pic.twitter.com/0UlscVD4wq

In his tweet, he states ” It is now confirmed that I am suffering from stomach cancer stage three. And so I only have 1-2 years to be alive. Now I won’t be taking anyone’s call who will try to sympathize me and make me feel like I’m going to die soon. If it’s for the sympathy then I don’t want to be alive even for a day. I will only love it if people will love me, hate me, abuse me like they used to do before this news came out.

Although I’m satisfied with my life, I will only regret not completing two wishes of my life 1. I wanted to be a producer and make an A grade movie. 2. I  wanted to work with sir Amitabh Bachchan in a film or to produce a movie with him. Both of these wishes of mine will die with me. Now I would only like to spend the rest of my time with my family. Whether you love me or hate me, I love you all. KRK.”

If this news is not another publicity stunt by KRK then we’re really sad for him and this news. We wish him good luck and health. There are many Bollywood actors who had to fight against cancer, click here to more. 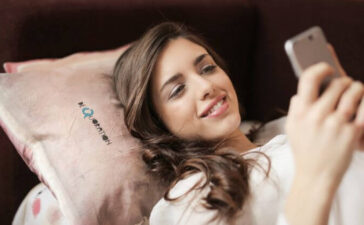