World’s largest democratic country’s Prime Minister Narendra Modi on 8th Nov Tuesday announced that currency notes in Rs 500 and Rs 1,000 denomination will be withdrawn from midnight. From 9th November onwards the existing Rs 500 and Rs 1000 will remain as a piece of paper with no importance. The step has been taken to remove the disease of Black money from our country. 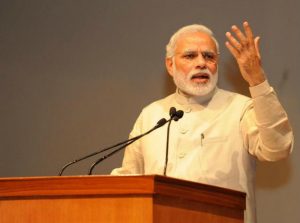 RBI data shows that in 2015-16, almost 6.5 lakh counterfeit notes were detected in commercial banks of which almost 4 lakh were in the Rs 500 and Rs 1,000 category. It is in this context that the government wants to re-monetise the Rs 500 note while de-monetizing the Rs 1,000 note. But the number of Rs 100 counterfeit currency were also close to 2 lakh this year. Initially there will be heavy deflation as people who have earned money through illegal means such as smuggling, corruption would be afraid to declare the money as they might be prosecuted by Govt/Income Tax Dept on the legitimacy of their income.

This will reduce the total currency circulation in the economy – leading to deflation. Deflation increases the value of money that we have because the total money supply goes down but the commodities and things available in the market have not gone down.

This will also lead to Inflation (not overnight) There will be a lot of people who have a lot of cash, legally earned, which they will deposit it in the bank.

Now the bank with more deposits can do more lending.

Credit (loans) will become easier and interest rates may come down. More loans given out increases broad money supply and creates inflation. But this will happen slowly, not over-night.

Deflation and Inflation will balance out each other in the future.

Some of the benefits of this movie are:

It will help the government to fight Black money, corruption, terrorism and counterfeit currency with one single decision. Arms smuggling, espionage and terrorist related activities will be choked due to lack of funding.

Counterfeit currencies are being used for financing terrorism which is being run by the enemy in India. Now Govt has taken a bold move which enables them to fight counterfeit currency/terrorist funding activities.

With the new limits on ATM withdrawals being restricted to Rs 2,000 per day, withdrawals from bank accounts limited to Rs 10,000 a day and Rs 20,000 a week, it will drive the card payments across the country (In simpler words card transactions will slowly replace the cash transactions in daily activities).

It will be easy for the Government to track the money being exchanged as exchange can only be done by producing valid government identity cards like PAN, Aadhaar and Election Card from 10 to 24 November with a daily limit of Rs 4000. There is no limit on the amount as long as it is legal.

Inconvenience to common people who will start running to the nearby bank to exchange the 500 and 1000 currency notes. Cost of replacing the 500 and 1000 Rs notes. If all this additional money (a spectacular Rs.6.666 trillion) had to be printed using Rs.100 notes, it would cost RBI about Rs.11,900 crore, which is more than a four-fold increase. This is without taking into consideration the increased costs of operating ATMs (since they would need to be refilled more often), and of handling money in general.

Very difficult for more than half the population who are not well versed with the card transactions.

This move deeply impacts the working sections of society: drivers, maids, cooks, electricians, plumbers. Anybody who provides services in the informal sector and depends on monthly or bi-monthly cash payments. You must also be having your views and comments on this topic. Please do share it with us.