What Does Trump’s Win Mean For India? It’s too early to comment on what his election as President would mean for India. But here are some of the few areas that are most likely to be affected: 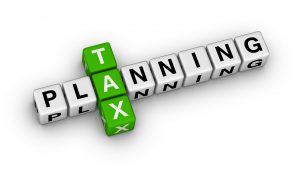 One of the highlights of Trump’s economic campaign is his plan to reduce corporate tax rates in the U.S to 15%. At present the rate stands at 35%. This would make the U.S one of the most attractive destinations in the world for businesses, especially for American businesses that has set shop in other countries to improve their profitability by paying less tax. If Trump were to implement this plan, U.S businesses in India could be lured back to American soil. If this happens it might open possibilities for India to capture a part of the trade that China would lose.
Trump has threatened to label China as a currency manipulator. He has called for imposing higher tariffs on Chinese goods, initiate litigation against China for stealing American trade secrets and bring trade cases against China at the World Trade Organization (WTO) to force it to cut down its trade subsidies. This one is tricky, though he has openly attacked Mexican immigrants by advocating building a wall along the border he has said nothing of such sort for a large number of Indian people working in America on H1B visa. That would be bad news for top Indian service based IT companies. Trump plans to boost GDP growth to 4% by adding 25 million jobs over the next decade. He plans to do this through his lower corporate tax rate plan and easing regulatory frameworks for businesses. Under the program, Indian businesses would require to invest a minimum of $1 million and create at least 10 jobs for American workers. If any entrepreneur can do this in the U.S, they are eligible for a green card. That would mean more opportunities for Indians to invest in the U.S Trump has used strong words on the need to curtail ISIS and curb immigration from countries that export terror. This would comfort India, if Trump fulfills his promise of restricting immigration of terrorism that would further hurt Pakistan. This would come as a big boost to Modi government’s own domestic security policies which focus on the need to curb growing Islamic radicalization in India. Trump has promised to unleash America’s oil, natural gas and coal reserves to make U.S energy self-sufficient. Rising fuel prices and the escalating price of food has the potential of making incumbents loose an election in India. If Trump were to come true on his promises, India could benefit massively. Opening up of the US oil sector could lead to price stability globally. It could also throw open massive business opportunities for Indian oil companies. Trump during his campaign has vowed to scrap Obama care, the scheme aimed at providing affordable healthcare to Americans. That could be bad news for the Indian pharma sector. Pharmaceuticals constitute the second biggest exports of India to the U.S. India’s strength in manufacturing affordable generic drugs complemented the objectives of Obama care. If Trump implements his promise on Obama care, Indian drug companies could be severely hit. Indian IT companies which provide support to the program could also end up losing their business that could lead to job cuts in India.