After stunning games from the previous day, Day 20 FIFA 2018 had two games lined up. The matches were Sweden vs Switzerland and Colombia vs England. Read on to know more about the matches which took place on Day 20.

The match took place at Saint Petersburg Stadium. Despite several efforts from both teams, neither of the teams scored a goal throughout the first half of the game. The score at halftime was 0 – 0. Sweden scored first in the game when Emil Forsberg scored and broke the deadlock at the 66th minute. The goal was a game changer for Sweden as it ended up as their only and victory goal. Sweden won with a 1 – 0 lead over Switzerland.

The match took place at Spartak Stadium. Despite several efforts from both teams, neither of the teams scored a goal throughout the first half of the game. The score at halftime was 0 – 0. England scored the first goal of the game when Harry Kane scored a penalty goal at the 57th minute. It was leveled by Yerry Mina for Colombia when he scored a goal at the extra time, making the score 1 – 1. The score remained the same at the end of extra halftime and the penalty shots began.

What do you think about the matches from Day 20? Let us know your opinions in the comments below. Also, check out the most shocking incidents in the history of FIFA World Cup Games, here. 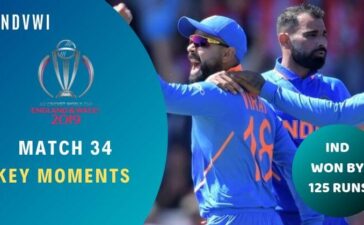