These 10 Are The Most Dangerous Countries For The Women The crime against women is increasing and it seems the safety of women is just a matter of chance. However, there are many countries which are safe for women but most of the countries are not safe for them. Hence, today we have brought you 10 of the most dangerous countries for women.

The domestic violence is extremely high in Colombia. In 2010, The National Institute for Legal Medicine and Forensic Science reported 45,000 cases where the women were the victim of domestic violence.

Forced marriages, acid attacks and rapes are no strange crimes in Pakistan. Moreover, more than 1,000 girls and women end up being the victim of “honor killing” each year.

3. The Democratic Republic of Congo

The Democratic Republic of Congo is one of the most dangerous countries for the women. According to American Journal of Public Health, more than 1000 women are raped every day. Clearly, this is hell for the women.

The struggles of the Afghan women start from early age. Most of them remain illiterate. Moreover, most of them forced to marry at early age. To conclude there are high domestic violence rate and the infant mortality rate. All in all, the maternal mortality rate is on its peak.

For so many of us, it is the favorite country to visit. However the titillating culture is just good to see from a distance. From kidnapping to domestic violence and from murder to rapes all the crimes are uncontrollable for the government of Brazil.

Human trafficking is one of the fastest growing illegal activities. Moreover, the country witness thousands of cases of women disappearing each year. Apart from it, the domestic violence and rapes are daily stuff in Mexico.

We have seen many rarest of the rare rape cases in India. On top of that, domestic violence and acid attacks are happening in the country. Despite being the largest democratic country, India is one of the most dangerous countries for women.

Somalia is a country where women have to suffer daily. From rape to child marriage, there are all kinds of suffering that they have to go through. All in all, at an early age many of them become victim of female genital mutilation.

The educational conditions for woman are bad in Kenya. To conclude, the awareness is nowhere near them. Hence, the HIV infection rates are comparatively higher in the females.

Egypt is no stranger to sexual harassment and domestic violence. According to Global Database on Violence against Women, 17% of the women are the victim of forced child marriage.

Undoubtedly, the fight for the rights of women is far away from being over. What do you say? Share with us. Want to know the safest countries in the world, check the list here. 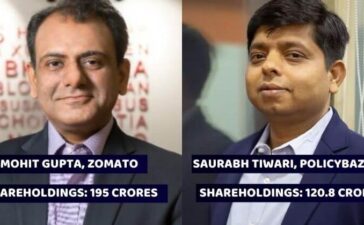