Investments Made In The Clean Ganga Project – Is It Effective? Clean Ganga, at what cost?

Mark Twain looking at the Dhobies (washermen) cleaning the clothes by striking on the rocks in the river exclaimed ‘They are breaking the rocks with clothes'.

Well, the cleaning and breaking go unabated, the last being the cleaning of river Ganges with bundles of Government currency. Yes, plenty of it without raising an eyebrow. Under the direct supervision of Uma Bharati, the Sanyasin turned politician turned Chief Minister of UP and presently the Union Minister of Water Resources. She spends all the ministerial resources on this project alone as if there are no other national issue at all on clean drinking water or river linking. 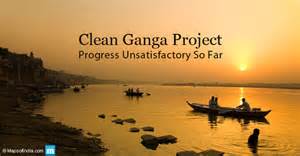 The earliest forerunner of Ganga cleaning is Sankat Mochan Foundation (SMF ) of 1982 which meaning deliverance of grievances. Much more jargons filled campaigning took place in the subsequent years like Swatcha Ganga (Clean Ganges). The Non- political, non-profit, charitable words were limited to theory only. A lot of money was pumped in (and pumped out to few pockets as well) in the name of cleaning the Ganges. The return of river dolphins, turtles and goldfish in the Ganga aqua life system is yet to be seen. The five million Rupees was drained in water in 1986 in the name if GAP (Ganga Action Plan). But the pollution continued uninterrupted. For example, the BOD (Biochemical Oxygen Demand), which so vital for the life of fish is prohibitively high even now. The revised estimate for the ‘aviral our normal (continuous and clean)' is Rs. 80,000 crores. It is a 30:70 public-private partnership project. That mend the Government will shell out roughly Rs. 275,000 crores. CPCB has another figure, Rs.20, 000 crores spent on Ganges cleaning episodes. The proposed barrages at  every 100 KM on the route will cost Rs. 4,000 crores.

On the outset, the project is attractive. Clean environment, recycled water, agricultural development, clean technology and all such utopian jargons. Even the high-power small group envisaged water transportation between Varanasi and Hooghly. Incidentally, Varanasi is the Lok Sabha constituency of Modi.

Water Resources Minister Uma Bharti said she would announce in the House in July 2018 that the river has been cleaned and rejuvenated. (Source: Express Photo by Neeraj Priyadarshi/ File) But the inaugural date is almost fixed as July 2018 under the Herculean task. It looks like a reverse engineering is planned by the group. The previous Primer Minister Dr. Manmohan Singh also did his mite by allocation Rs.26 billion (about 520M US$) to National River Ganga Basin Authority (NRGBA. That was "for creating sewer networks, sewage treatment plants, sewage pumping stations, electric crematoria, community toilets and development of river fronts". There is a holy river bank -bank voter nexus conspicuously. We, the poor citizens are trying to grasp a bit of economics within our other ‘sankats'.