America’s Poorest Town Appalachia : Where Poverty Is An Ugly Truth 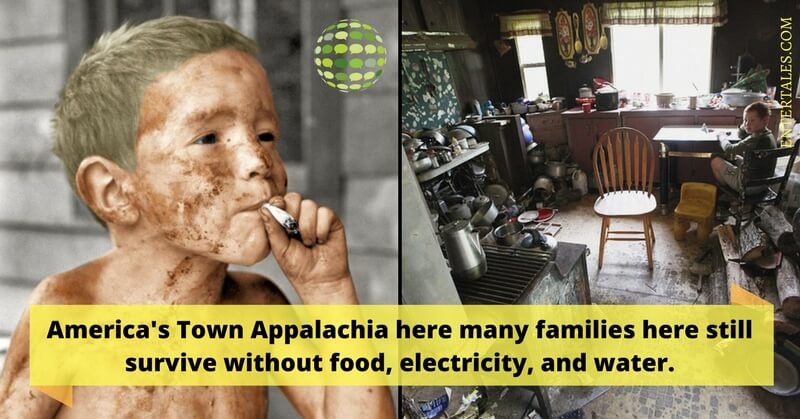 To the city which was formed nineteen years before the civil war, it seems that time is still frozen. Many families here still survive without food, electricity, and water. To catch you by surprise, more than 40% families here are surviving below the poverty line. But, looking at some pictures of this country, we may figure out that the people are happy living their own lives. The poverty in America seems a lot better than that in our country. Unemployment is a major issue in this country because of the decline in the demand for coal and tobacco. We can clearly make out through the pictures that the people are busy and happy in their lives. The lifestyle these people possess even on being poverty stricken is far better than what poor people experience in India. People here enjoy their company and are engaged in the stuff of their interest. For years, Appalachia has been facing epidemic and drug abuse. It has been 41 years since Robert Kennedy first reached out to the Americans to help the people living in Appalachia. Most of the people residing here are the families of brave soldiers and legendary pioneers who cleared the way of mountain passes under deadly circumstances and created an American continent.

The Rich Culture And Golden History The places where we use the word “Appalachia” was more about poverty and less about its rich history and culture. So, people here decided to organize an Appalachian Rennaissance in the 1960’s where the people were filled with regional pride and made aware of the fact that the town they live in, was the first one to have emerged from the mountains.

No Money, No Education Only 5% of the residents of Appalachia have a college degree. Rest of them are either illiterate of school dropouts due to poor financial conditions. The people here are often spotted cleaning and doing other such activities the cemeteries to keep them selves busy and engaged.

The city tends to hide their problems behind a mask of happy faces!