10 Annoying Habits Of Husbands Which Irritates Wives The Most.

How many of you has the world war with their wife frequently. I am sure many. But have we ever thought why this world war starts ? What are the things which annoy wives at home ? If not, here are the 10 habits that men do, which frequently irritates wives at home. Husbands are music fanatic. Most of the times they have to be plead to reduce the volume. He doesn't do it intentionally. He gets so enthusiastic that his fingers are always over the volume plus button. The sink is just a couple of feet from the dining table. Still, since wives request not to keep under the sofas, he keeps it on the table which doesn't help either. Again, he doesn't forget to spread the towel for drying. But, keeps all clothes on towel rod. Wives hate to see peels of banana, orange, pomegranate over the dining table. But husbands are often careless and throw peels all over. Wives are strictly against the use of carry bags. They give cloth bag to her husband every time he goes out to buy groceries. But, sometimes even then he gets a lot of them. And wives are averse towards it. 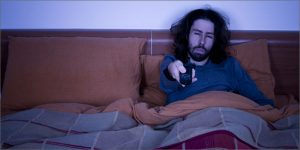 Comes home lands striaght on the bed with DTH remote in hand. No washing face, hands or legs. You tell them infinite times – No way! Every day goes by with excuse.

7. Finding Fault With The Food She Cooks: This one is an old classic. Almost no woman I have ever met has ever been cool when her husband tells her that the dal is too salty, or the vegetable is too spicy.

8. Watching Cricket Match At The Time Of Her Favourite Tv Show: Hardly needs any explanation. A little heads up for the guys – While you're mentally singing the Mauka Mauka song with your eyes glued to the television screen, your wife is thinking of ways to try and show you (without saying a single word) that she is mighty pissed.

9. Husbands Will Seldom Close The Tap After Using It, But Will Immediately Scold You If You Don't. Well how many of you, do this mistake ? Next time if you also do the same mistake, than you have no rights to scold your wive because she will not like that.

10. Husbands Have An Opinion About Everything And Everyone. Specially, Their In – Laws. 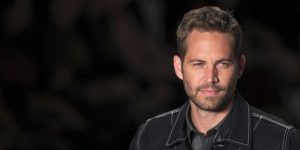 There is no wife who will like, when you give wrong opinion to her family. If you want to live happily and peacefully than not only you have to like and respect her family but also you need to like her mother's receipe.

So next time when you find there is world war going inside your home than avoid the above habits and for sure there will be no world war start again. How many of you feels the same, share your thoughts in the comment below.