It Is Still Under Development 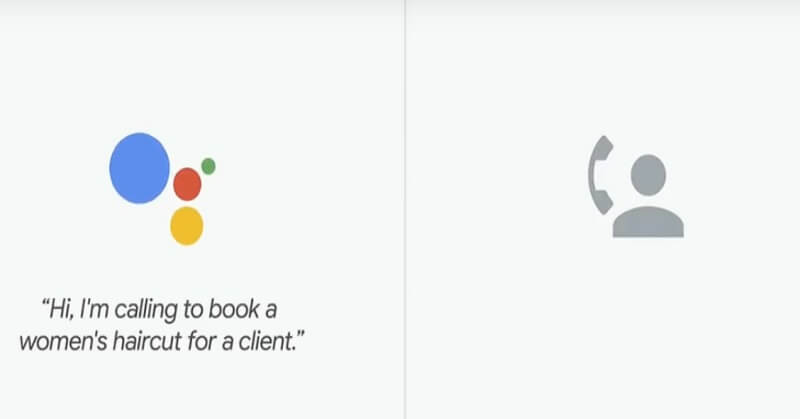 The technology is advancing at a remarkable rate. The concept of robotic conversation is the center of attention for Google developers. The developers are trying to make software that reacts or responds autonomously.  It seems like somewhere in future we would be able to get access to it. However, the recent Google Assistant call demo shows that it is not that much far. Google disclosed a new capability of Google Assistant. The new capability is somewhat amazing. As Google assistant will make phone calls on your behalf. To illustrate, Google Assistant will call, restaurant, saloon and health clinics to book an appointment for you.

During the Google I/O 2018, the CEO of Google, Sunda Pichai showed a video featuring the demo of the calling facility of Google Assistant. The assistant made two calls. The first was to a saloon, the lady on the other side had no idea that she was involved in a virtual conversation. The voice was too casual to be suspected. Pichai said “the amazing thing is that Assistant can actually understand the nuances of conversation. We’ve been working on this technology for many years. It’s called Google Duplex.”

Talking about Google Duplex, Sundar said, “The technology is directed towards completing specific tasks, such as scheduling certain types of appointments. For such tasks, the system makes the conversational experience as natural as possible, allowing people to speak normally, like they would to another person, without having to adapt to a machine.”

Pichai further said that Google Duplex is still under development and they are planning to conduct early testing this summer. He said, “ We’re still developing this technology, and we want to work hard to get this right. It is to help users make restaurant reservations, schedule hair salon appointments, and get holiday hours over the phone.” Pichai further continued, “Google duplex can react intelligently even when a conversation doesn’t go as expects.”

Check out the demo video here

It will be cool to see the Google assistant booking appointments for us, autonomously. Undoubtedly, the future was never brighter in the field of technology. What do you say? Share your thoughts.

Also, check, some of the technology that died in 2017.