Satirical Illustrations Of Police From Around The World, Undoubtedly Nailed By This Artist Art is the way of expressing the thoughts. Moreover it is the way to deliver a message regarding the ethical values. Sometimes the art artists flash the aesthetic senses. However sometimes it is the overlooked problem in the society. Similarly, the artist name Gunduz Agayev illustrated the police of different countries. And we cannot ignore the satire within the work. Hence, today we have brought the 15 satirical police illustrations of different countries that display reality within. The artist gives them the Narnia look for a reason as they are one of the best in terms of security. A satire on the homosexuality ratio in Netherlands Police, this doesn’t seem moral. However it is real. It displays that the Brazil police is ever ready for the seduction game and the sexual adventures. No doubt, the Russian police have no other work than to brag the superiority and the orders of Vladimir Putin. The police always worried about the cover up but in other ways. The situation in USA is not good about racism and this one just symbolizes that. Well the picture says it all, no explanation for this one. I can bet almost 80% of you would have imagined this one about North Korea, Gunduz just nailed this one. Everyone get any with press sometimes but the cops of Azerbaijan relieve their anger like this. Maybe it is the poor conditions of cops or it is the satire that they are the minions of the Sheikhs. When it is about disfavoring the citizens, China police cannot be counted out of the race. What? The cops? They are nowhere to be found or accidently found they are as good as absent. They have to deal with them, like it is the only job they have and their hands are tied to make a transition to the situations. We can take it either positive as well as negative, positive that the police is doing its job with his heart. However they are the Bollywood exaggerations.

Without a doubt Gunduz Agayev displayed the satirical police beautifully. What you have to say about it, Write your views and reviews in the comment sections. 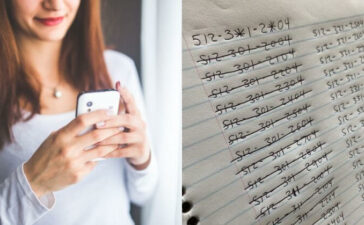