Even today, India is the center of attraction for the rest of the world. This is the place where you see varsity of culture, traditions, history, hospitality, and more. It’s a colorful amalgamation of age old traditions and culture. Here are the 10 mysterious places in India where even science has failed to demystify. It tops the list of the most haunted places in India. Located 32 miles away from the capital city of Jaipur, this 17th century fort is said to be a haunted premise and have a number of theories knitted around it. Including Discovery channel, several research teams have tried to unravel this mystery only to find nothing. The fort is possibly the only official haunted place in India. 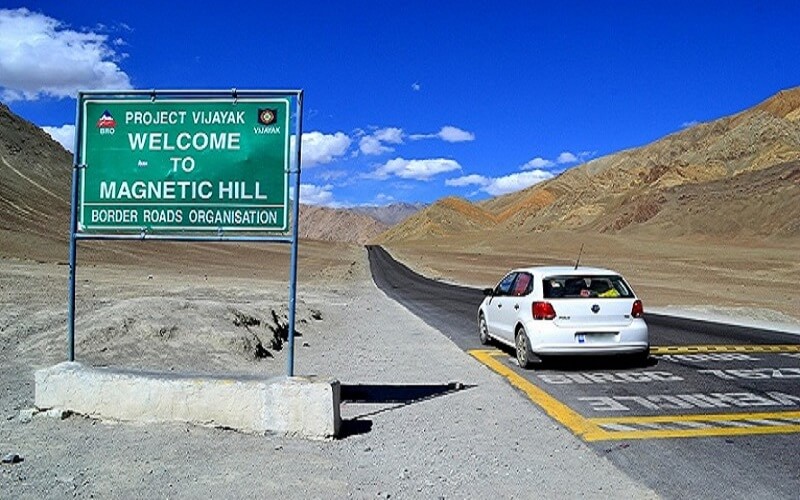 The Magnetic Hill is a wide open stretch surrounded by tall and rocky mountains all over when traveling on the route, some 30kms outside Leh, lay a stretch of road which seems to go uphill. While on that stretch, your vehicle continues to move ahead even when the ignition is turned off. It is like some kind of a magnetic device is placed somewhere within a close vicinity so strong that can pull any vehicle uphill. Scientific or supernatural whatever the name you say, mysteries always generate huge excitement. Located in the state of Assam, the Jatinga village witness a heavy massacre of different bird species falling relentlessly from the sky. You can see this somewhere around October. During the late foggy evening hours between 6 pm to 9pm, the birds are seen to just drop dead while flying towards the village area. 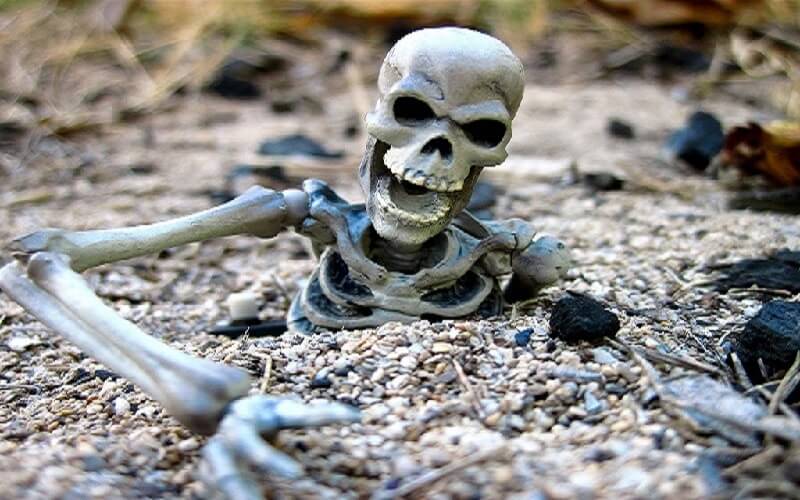 There is a serene and gorgeous glacial lake called the Roopkund Lake at an altitude of around 5029 meters above the ground which is one of the most famous trekking trails of the Himalayan region in India. The excitement of taking this expedition rise several notches up when you know that you may come across a frozen lake all covered with skulls and human bones.

A lot of research and tests were conducted over the period of several decades to unravel this mystery of so many skulls and bones appearing suddenly out of nowhere. After years of analysis, the researchers finally found out that these bones belong to human bodies from the early 850 A.D. However, the reason of their deaths was still unclear.

5. Pali City and the case of ‘Om Banna’ a.k.a Bullet Baba, Rajasthan You may have heard or seen or at least read about people revering stone sculptures of God, animals, holy waters and some even showing reverence for the devil. But, in Rajasthan, people worship 350cc motor bike. Yes you read it right.

There is 350cc Royal Enfield bike in the shrine that which is located short 30 miles from the city of Jodhpur where that bike belongs to a revered person fondly called ‘Om Banna’ or ‘Bullet Baba’.

Om banna met with an accident in 1988 while driving his way back to the village and died on the spot. The bike was deterred and was in no condition to move. It was kept under the police custody at the nearby police station only to find it missing the next morning. On searching, it was found standing at the very spot where the accident took place. The bike was taken back to the police station, but the same incident happened again. It was then, that the village people felt his is a holy spirit and can take care of village people and that a shrine must be set in honor of the deceased with the bike as the deity.

Since then, the people from Chotila village and around visit the shrine and even the passersby bow down their heads in reverence when crossing the spot. Kuldhara village is said to be in an abandoned condition from almost 3 centuries now. The village was once a home to hundreds of people from the local community of Brahmins but now you don’t find a person there. The real reason of the entire village getting empty is unknown till date.

No one knows where the entire population vanished overnight. Those who have tried to inhabit the village are said to experience paranormal activities at night which forced them to leave as well. 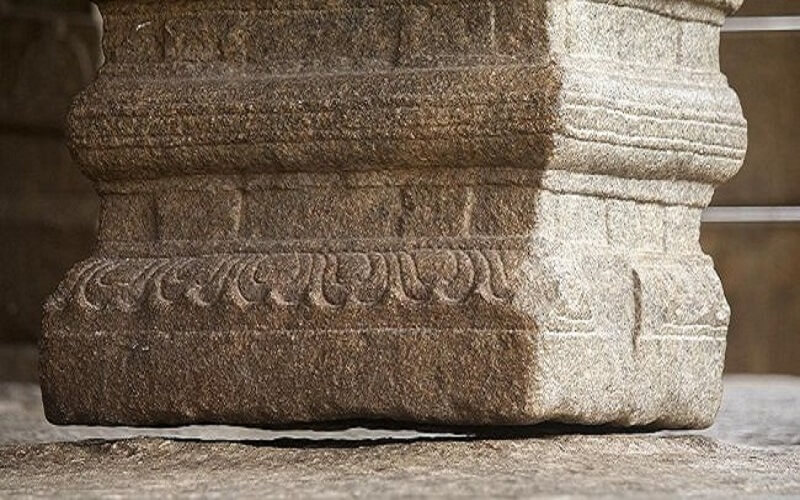 The specialty of the temple lepakshi that is located in the state of Andhra Pradesh is its outstanding architectural design and a series of 70 stone pillars. You will see one of its pillars ‘literally’ hanging from the ceiling.

One of the 70 pillars in the temple hangs few centimeters above the ground and makes a gap to pass objects as thin as a sheet of paper or a piece of cloth. Karni Mata Mandir; the famous temple of Goddess Karni located in a small village named Deshnok which is some 30 kms south of Bikaner city, the temple is known for housing close to 20,000 rats. And that is why it is also known as the Rat Temple sometimes. To your surprise, these rats are inhabitants of the temple where they are taken care of fed and even worshiped. Located in the Manipur state of the eastern region of India, this lake has a huge significance as the lifeline of the entire state. There is one major fact that elevates this water body from any other regular stream is that it carries an entire floating island over it known as a Phumdis which is the Keibul Lamjao National Park that is largest and the only floating national park in the world. With more than 2000 families, the village has more than 220 twins in total. In 2008 alone, 15 twins were born out of the total 300 healthy deliveries and the village witnessed the birth of almost 60 twins from 2009 to 2014. Medical researchers have been trying to understand this mystical phenomenon that has been going on since three generations but have only met with failure till date.

Mystical, isn’t it? Yes, India is also a house of several mysterious and thrilling things. If you have been to any of these places then please share your experiences with us. If we missed any place that is full of mysteries then don’t forget to share us.