It’s time for Mumbai vs Hyderabad. Mumbai Indians who saw victory taken away literally from their hands against Chennai. Mumbai faces off against Sunrisers Hyderabad who showed class in their first match and marched towards victory against Rajasthan. See how Sunrisers’ bowlers get them their second victory. Also, check out Markande’s brilliant performance.

Mumbai visits the home ground of Sunrisers Hyderabad in this 7th match of IPL 2018. Mumbai Indians who will desperately be looking for their first victory to kick off their tournament. Whereas the Hyderabadi team will be looking to continue their winning form.

Sunrisers won the toss and opted to bowl against MI. Mumbai Indians made a couple of changes to their squad that went up against Chennai. Sangwan came in for Hardik whereas Cutting replaced McClenaghan. SRH just made one change and brought in Sandeep Sharma for Bhuvneshwar Kumar.

Mumbai started with all guns blazing. They were scoring at over 10 runs per over after the first 4 overs with the loss of just one wicket. Lewis helped the Indians score at the quick rate before he lost his wicket just after scoring 29. Mumbai lost 4 wickets before the halfway of their innings. At no stage, MI were able to score freely. All their batsman found it difficult to score runs and the team from Mumbai were restricted to just 137 at the loss of 8 wickets. Evin Lewis was the highest scorer of the innings. Scoring 29 in 17 balls.

Sunrisers showed class and kept the run rate under control throughout the innings. SRH leaked a few runs in the beginning but turned things back under their control and kept bowling in tight areas. Sandeep Sharma took 2 wickets by giving away just 25 runs in his 4 overs. Both Stanlake and Kaul got 2 wickets as well.

Siddarth Kaul was awarded the purple cap for getting the most number of wickets in IPL till date. SRH restricted Mumbai Indians to a low total of 137.

Sunrisers Hyderabad had a mere 138 to chase. With their opening batsman, Shikhar Dhawan in form they will be looking to chase this off quickly for a good net run rate. Both the openers started well scoring 56 in the powerplay at the loss of no wickets. Dhawan showed his form and kept scoring boundaries to keep the pressure away and make sure there were no difficulties. The captain came in at number 3 to see the team over the line but to the relief of Mumbai, Williamson ended up going back to the pavilion shortly after that. Hyderabad lost Dhawan who scored 45 in 28 balls and became the new holder or the orange cap for scoring most runs till now and since the departure of Shikar, SRH just lost wickets at regular intervals to Markande. Despite losing wickets, the required rate was just above 5 for the last 5 overs. In the end, the target was just too small for Sunrisers to chase as Hooda helped them over the line as the match went to the very last ball.

Mumbai Indians have just 137 to defend to keep them away from a second defeat in a row. They start off poorly without earning any wicket and Sunrisers able to score at a decent pace. MI got their first wicket in the 6th over to light up some hopes. Markande got three quick wickets to pull back the batting side and just like that Mumbai had the upper hand. Just a few more runs in the bag and Mumbai Indians would have taken the match right down to the wire. Despite Markande’s 4 wickets, the batting was the department that failed MI. Though you cannot take it away from Mumbai’s bowlers as they gave their everything to get the team to their first victory but it just wasn’t enough in the end.

It was Rashid Khan for his brilliant and economical spell who won the man of the match. He bowled 4 overs for just 13 runs with 18 dot balls and getting 1 wicket. Click here to see how rain spoilt the game for Delhi. 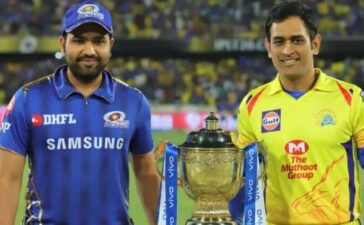