Rahul Dravid is the legend in Indian cricket. He is an inspiration to thousands of newcomer cricketers. Nicknamed as “The Wall”, Rahul Dravid has fans all over the globe. And, the latest addition in the fan-list is the sixteen-time world champion, John Cena. Cena is a fan of Dravid not only for his batting but for his inspirational approach to respect.

John Cena often uses the term “Hustle, Loyalty, and Respect”. We have been watching him sticking to the words for last 15 years. To conclude, John Cena is one of the most humble WWE wrestlers of all time. Speaking about the respect, the 16-time world champion posted the picture of Rahul Dravid with his quote about respect.

The quote spells “you don’t play for revenge; you play for respect and pride”. This quote of the former Indian captain is reflecting exactly what John Cena is reflecting from last 15 years. The post got viral among the WWE universe and the cricket fans.  And till now it has received more than 1.50,000 likes.

Rahul Dravid is retired and is currently the coach of U-19 Indian cricket team while John Cena is working part-time in the WWE. His last appearance was in the PPV “Survivor Series”. There he represented team Smackdown in the traditional 5 on 5 elimination match. But he came up short.

The Fans Are Floored

The fans are floored with this post. Undoubtedly, John has proved that he knows how to respect others and also how to get respect. From this post, we have nothing but respect for the former WWE champion. On the other hand, Rahul Dravid has proved it yet again that he is an inspiration to everyone not matter what sports you are in.

Do you know, despite being one of the toughest WWE superstars, Cena is afraid of spiders? Check other unknown facts about Cena. 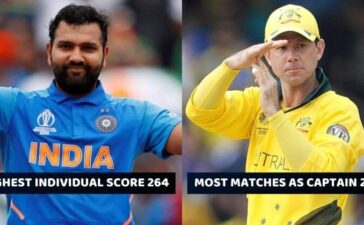