Check Out These Amazing Facts About WWE Superstar John Cena WWE is one of the most professional wrestling entertainment watched on television. There are many WWE superstars that are very popular among audiences. They also do not leave any stone unturned to interact with the audiences. One of the most popular and probably the most famous and respected WWE superstars is the 16-times World champion, John Cena. He equals Ric Flair’s record. Even after one and a half decades, John Cena’s popularity is growing among fans. He has made his debut against Kurt Angle in Smackdown and since then he never looked back. Let us check out some of the amazing facts about John Cena.

1. John Cena Is A Left-Handed

Probably many John Cena fans are not aware of this fact. Yes, it is true that John Cena writes from the left hand.

2. John Cena Is Also A Rapper

Do you know that apart from doing wrestling and acting in movies, John Cena is also a rapper? His rap album reached no.15 in U.S. Bill Board and his fans loved that.

3. He Is Of Italian And French-Canadian Descent

John Cena’s father is of Italian descent and his mother Carol Lupien is of French Canadian and English descent. He has 5 siblings and among 5 siblings, John Cena was the second child.

4. Tried His Luck In Bodybuilding

It is true that once John Cena tried his luck in bodybuilding it didn’t work out. This eventually turned him towards wrestling. Every day he spends hours at the gym to keep his body and muscles fit. John has also appeared on the cover page of Muscle And Fitness and shared his diet and workout routines.

5. Married To His High School Girlfriend

Since his high school days, John Cena is with his high school sweetheart Elizabeth Huberdeau. They were together through his bodybuilding, ugly haircuts, and eventually in his success and fame. After 12 years of dating, he finally decided to marry her in 2009. But after three years of marriage, the couple separated and he filed a divorce in 2012. John Cena then engaged with WWE superstar Nikki Bella. But after six years, both John and Nikki Bella ended their engagement, and the couple broke up.

John Cena is fond of cars. He has an amazing car collection. His home Tampa Mansion is big enough to park his Muscle cars and it is one of his hobbies.

John Cena once teamed with Bull Buchanan for a very short period of time. They together created a rap to diss John Cena’s opponents through his lyrical rap.

8. Wanted To Become A Rockstar

When Cena was in his childhood, his fantasy was to become a rockstar. He did sing some raps but he got fame as a WWE superstar and he is still a rock star among his fans and a known Hollywood actor.

We have seen many fights between John Cena and Randy Orton. On-screen they are big arch-rivals. But there are very few people who know about his close friendship with Randy Orton. Both are friends since they were WWE superstars in making.

Except for his interest in bodybuilding and wrestling, John Cena holds a degree in Exercise Physiology. John Cena is also one of the highest-paid WWE superstars.

11. Record For Making The Most Wish Happen

John Cena has a record for fulfilling a wish for sick children. Till now, John Cena has made 500 kids’ dreams come true with the Make-A-Wish foundation.

As a fan, we are waiting for another World title reign, a 17-time world championship. Wishing him a very happy birthday to him. Who is your favorite WWE Superstar and why? Let us know in the comments below. 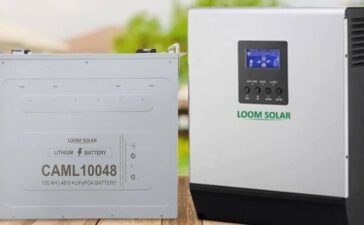 Advantages Of Investing In A Quality Inverter For Your Home