Jasprit Bumrah Ruled Out Of The T20 World Cup Right-arm fast bowler Jasprit Bumrah will not compete at the upcoming T20 World Cup in Australia after doctors diagnosed a stress fracture in the 28-year-old’s back. The BCCI did not specify how long Bumrah will spend on the sidelines but confirmed he would miss the T20 World Cup, which runs from October 16 through November 13, 2022. A BCCI statement reveals they will name Bumrah’s replacement in the coming days.

Bumrah withdrew from the ongoing Mastercard three-match T20I series against South Africa after complaining of intense back pain. The BCCI medical team sent Bumrah for specialist consultations in Bengaluru, and they discovered a stress fracture in Bumrah’s back. Such injuries usually take six to eight weeks to heal, but Bumrah could be out for a more extended period due to the strains his fast bowling produces on the area. Bumrah may need additional recovery time as his unorthodox style puts extra pressure on his body.

The withdrawal of Bumrah is a significant blow to India’s T20 World Cup hopes, especially as all-rounder Ravindra Jadeja underwent knee surgery last month, which also rules him out of contention for a place on the Indian T20 World Cup squad. India remains the second favorite behind Australia in the T20 World Cup betting markets, but punters may not be as keen to use their big GTBets bonuses online now the Indian squad is weakened by a second withdrawal.

India won the inaugural T20 World Cup in 2007 in South Africa. They defeated their arch-rivals Pakistan by five runs after scoring 157/5 in 20 overs before bowling out Pakistan for 152 in 19.4 overs. India last reached the T20 World Cup final in 2014 in Bangladesh, losing by six wickets to Sri Lanka. The 2022 event is India’s best chance to become T20 World Cup champions for the second time.

Bumrah made his professional T20 debut for Gujarat against Maharashtra during the 2012-13 Syed Mushtaq Ali Trophy. He took three wickets for 14 runs in the final against Punjab, helping Gujarat emerge as champions.

In 2013, Bumrah turned out for the Mumbai Indians in the Indian Premier League and dazzled the crowd with incredible performance for a 19-year-old, finishing with figures of 3/32 against the Royal Challengers Bangalore.

It did not take long for the international team’s selectors to notice Bumrah was causing waves in the limited-overs game, and they handed him his international T20 debut in August 2016. Bumrah took to the elite-level international game like a duck to water, taking 28 wickets in one calendar year, breaking the record previously held by Dirk Nannes.

To date, Bumrah has played 57 T20I matches for India, bowling 1,229 balls and taking 67 wickets for a bowling average of 19.89. In all forms of first-class cricket, Bumrah has taken 534 wickets; his bowling will be sorely missed at the T20 World Cup.

India finds themselves in Group 2 at the T20 World Cup in Australia, meaning they lock horns with Bangladesh, Pakistan, and South Africa, in addition to the runners-up of Group A and the winners of Group B. Those two currently unknown teams are most likely to be the Netherlands, Zimbabwe, or the West Indies.

October 23 is the date of India’s first Group 2 match. India takes on Pakistan at the Melbourne Cricket Ground before playing against the Group A runners-up in Sydney on October 27. The games continue coming thick and fast, with South Africa being India’s next opponent on October 30 in Perth, Bangladesh in Adelaide on November 2, and the final group stage fixture against Group B’s winners in Melbourne on November 6.

It is an exciting time to be an Indian cricket fan, even with a roster void of Bumrah’s talent. 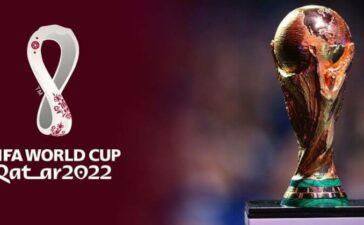 IPL 2023: Here Is The Full List Of Retained And Released Players By All 10 IPL Franchises Before The Auction