The present Indian education system has become a great business. They just don’t mind the future of the student, what they all need is some ranks to show off and marks to display. Furthermore, They lure students in the name of coaching centers. Obviously, most of the colleges failed to provide quality education. Due to utmost pressure both from college and parents, most of the youth are experiencing deep stress and depression. India is one of the largest producers of engineers in the world. In addition, There are more than 10,000 engineering colleges in India. Out of that, very few colleges have good faculty and infrastructure. And I don’t know why colleges that don’t have efficient faculty are not closed

However, the number of Indian universities in world’s top 1000 has increased to 24 from 20. QS World University Rankings 2019 is released and the elite institutions of India namely IIT-B, IISc – Bangalore IIT-D got featured in the top 200. IIT-Bombay has attained the 162nd position, IIT-Delhi remained at 172 this year also. In fact, IISc has also surpassed IIT-Delhi and secured the 170th rank. Furthermore, Global higher education analysts QS Quacquarelli Symonds released the 15th edition of QS World University Rankings which are seen as one of the most respected and esteemed rankings. Here is the list of top 15 colleges according to rankings.

Some people dream of studying at MIT. However, students are required to demonstrate minimum competence in fields they want to study at MIT. In addition, It has the high amount of Asian students. To get into MIT, apart from the top rank, you need glowing recommendation letters and extracurricular activities that demonstrate leadership, commitment, excellent time management, and a warm interpersonal relationship with others in a team-building setting.

Stanford is full of extraordinary students who are state or national champions at something. Furthermore, It is the university that cares about diversity and reads your application in context, and independently.

Students of Harvard University are extremely smart, driven, focused on attaining their goals. It is so extreme that it is scary sometimes. In addition, It is not the type of place where you backstab your friend to reach a high position. If your friend fell in a race, you would keep on running and not bend down to help.

The California Institute of Technology (Caltech) is a private research university in Pasadena, CA. It is known for its focus on science and engineering. In one word, the university is a research powerhouse. Furthermore, Its research output and concentration of Nobel Prize laureates are possibly unmatched on a per capita basis.

5. The University Of Oxford

The University of Oxford, United Kingdom is the second oldest surviving university in the world and the oldest in the English-speaking world. In addition, Stephen Hawking, Bill Clinton, Tony Blair, Oscar Wilde, David Cameron, Reid Hoffman, and Albert Einstein all attended Oxford. The university creates an environment which facilitates personal development. 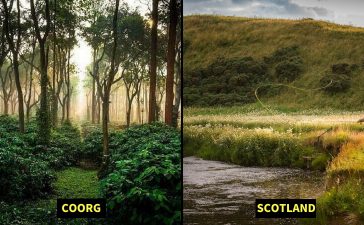