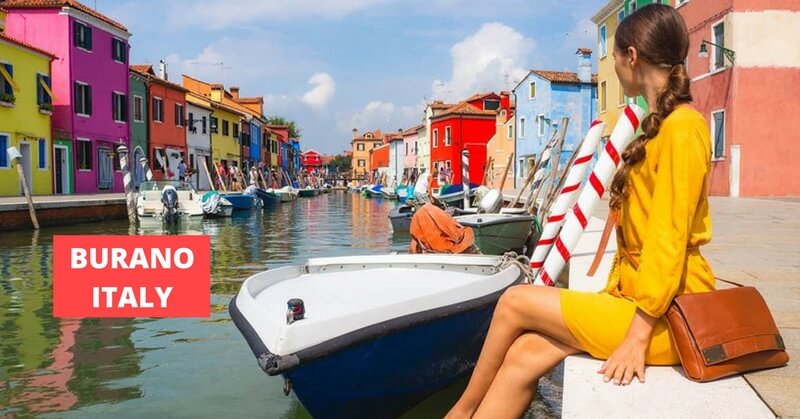 Nyhavn is a beautiful harbor district in the Danish capital of Copenhagen. The colorful houses on either side of the canal and wooden ships are the main attraction in Nyhavn. The picturesque old houses in Nyhavn were built back in the 17th century and today many of the old houses have been turned into restaurants and cafes.

Santorini is a beautiful island located in the South-eastern part of Greece. There are 15 traditional and picturesque villages in Santorini. The brilliant whitewashed houses and cobblestone narrow streets are the main attraction of these villages. It is believed that the local people of Santorini started to use whitewash for decorating their houses in the 19th century and it is because that the whitewash is cheap, durable and has oxidizing properties.

Many of the ports in the harbor of the city date back to 17th century, built by the Dutch West India Company. This colouring tradition in the city was started by General Governor Albert Kikkert. Albert Kikkert suffered from migraine headaches during his charge in the 19th century and he understood that the reflection of sunlight from Willemstad’s white building causes such health problems. This great historical importance and beauty attract thousands of visitors every year to Willemstad city. These Are The Top Budget Friendly International Honeymoon Destinations These Are India’s Most Beautiful And Scenic Toy Train Journeys