Last Interview Of Chester Bennington, Talked About Depression; Wish We Could Have Save Him Famous Singer and Linkin Park star Chester Bennington left the world with tears when he hanged himself to death. He was unable to cope up with depression and lost the battle from it; leaving his millions of fans with tears. He was survived by his 6 children and wife Talinda Bennington. Depression is one the mental stage of the brain, one who can dominate his brain can win the battle. But most of the time people get so much depressed that they don't understand where the life is taking them. Same thing happened with late Chester Bennington. Around four months back, he gave his last interview to Mirror. In that interview Chester talked about the depression, how he was coping up with it and how difficult it has been for him.

He said in an interview,

“I came to a point in my life where I was like, ‘I can either just give up and fucking die or I can fucking fight for what I want.’

He was fighting with these things so far and he continued,

He also said that there last album of Linkin Park's 'One More Night' was a tonic for him and as well as for his entire band. That album allowed them to express their issues they have dealt with in public. He mentioned that before they were working on their album, he was in the ‘toughest time’ of his life, but did not go into what was making worse his mental health issues. During the process of making an album, he also said that

“We brought in various issues and situations into the writing process.”

“When you hear it in the context of the music, there’s a hopefulness and there’s a sense of moving forward and moving on, and that’s really where we’re coming from.”

It is very painful to notice that he was proving himself a true survivor of depression. But now after 4 months, he is no more in this world. But his voice will always remain immortal through his music and he will always live in the heart of his true fans. Friends, life is very precious, don't take such step which will not even give you chance to regret. There are remedies and ways to cope up with depression. Think about your family, friends and yourself before taking this kind of step. 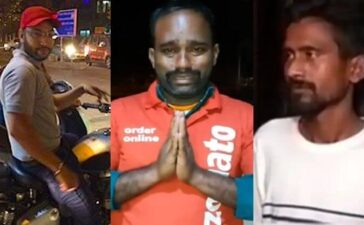