7 Best Male Playback Singers, That Made Bollywood Melodious And Pleasing We cannot imagine Bollywood without songs. The singers make a huge contribution to the industry. So, today we have brought you 7 best playback singers of Bollywood. From 1950 to 1970 Mohammed Rafi was the most adulated playback singer in Bollywood industry. He won six Filmfare Awards and a National Film Award. Apart from it the legendary singer won Padma Shri in 1967. Some of his songs are evergreen. To illustrate, “Chaudhvin Ka Chand Ho”, “Mere Mehboob Tujhe”, “Baharo Phool Barsao” and “Dil Ke Jharoke Mein”. Undoubtedly, Kishor Kumar was the best playback singer during the 70s. He won 8 Filmfare Awards. He had given some of the best songs to us. Like “Roop Tera Mastana”,”Dil Aisa Kisi Ne Mera”, “Khaike Paan Banaras Wala” and “Zindagi Ek Safar”.

During 1990s and the early 2000, Kumar Sanu was synonymous to the “Best Playback singer of B’Town”. In 1993, the singer made a world record by recording 28 songs in a day. Some of the best performances of the singer can be witnessed in “Dil Ka Aalam”, “Pardesi Pardesi”, “Dil Ne Yeh Kaha Hai Dilse”, “Jeeye Toh Jeeya Kyse”, “Dil kya kare”, and “Dil Mera Churaya Kyu”. For Kumar Sanu most memorable songs, you can click here. The winner of 3 National Film Awards and 5 Filmfare awards, Udit Narayan is no stranger to us. He is one of the best playback singers of Bollywood.  He contributed many superhit songs during the period of 1980-2000 some of his best songs are “Pehla Nasha”, “Manzilein”, “Ae Mere Humsafar”, “Papa Kehte Hai”. Since 2000, Sonu Nigam has been being the biggest name among the best playback singers. The singer delivered matchless melody with his songs. Some of the notable songs are “Acha Sila Diya Tune Mere Pyaar Ka”, “Main Agar Kahoon”, Suraj Hua Maddham”, Mere Haath Me and “Sun Zara” Arijit Singh is alluring everyone with his pleasant and melodious songs. He has been delivering some of the best song since few years. Moreover, he made his place in our favorite singers list. Some of the best songs of Arijit are “Tum Hi Ho”, “Nashe Si Chad Gayi”, “Soch Na Sake”, “Bulleya” and “Ae Dil Hai Mushkil”. A. R. Rahman is arguably the most successful playback singer in Bollywood. Moreover, he won two Grammy awards, 1 BAFTA and 1 Golden Globe awards. Some other notable songs of the classical singer are “Maa Tujhe Salam”, “Vande Mataram” and “Urvasi Urvasi”.

Which one is your favorite among these? Share your thoughts. 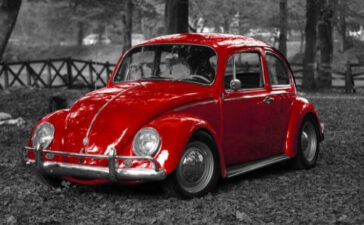