Only in India, you will find the vast number of magnificent Hindu temples. But in other countries too, there are great Hindu temples that you must visit. You will feel energetic when you visit these places. Here are the 10 Beautiful Hindu Temples around the world that you should visit at least once in your life. Sri Ranganathaswamy temple is the largest Hindu temple in India. It was constructed in 10th century and it still preserves its glory. The temple is also known as Bhoologa Vaikundam and Bhogamandalam. This magnificent Vishnu temple is also one of the finest Dravidian religious structures in India. In this temple, you will see Goddess Parvati who is the form of Meenakshi Amman and Lord Shiva who is in the form of Sundareswar. There is 14 ‘gopuras’ or pyramidal gates rise to a height between 40 and 50 meters. The four of tallest gopuras of the temple stands as entrances and smaller gopuras direct to the main shrines.

It is described as an eternal place of devotion, purity, and peace. The most amazing thing about this temple is that it was constructed with the 300 million volunteer workers. Akshardham Temple is made from the famous pink-hued sandstone and marble. It is the largest Hindu temple site in Indonesia and also one of the biggest in Southeast Asia. It also has the smaller shrines which are 250 in number and decorated with the natural ornaments. Nearly, all the walls of the temple are covered with hand-carved art. It stands at the height of 47 meters and has almost 3 buildings. Each building is given the names which include Shiva, Vishnu, and Brahma. It is the main temple of Lord Shiva located at the best and top position of the Swami Rock that was constructed almost 2000 years ago. However, it was destroyed by the colonial invaders in an almost 17th century but the statue of Ravana still stands at one side of the Swami Rock for the remembrance of this temple to the other people especially Hindus coming to witness this place. Outside India it is one of the most popular and tallest Statues of Lord Murugan, standing 42.7 meters in height. The Thaipusam festival is celebrated for 2 to 3 days where Hindu devotees from all over Malaysia participates. The festival commemorates both the birthday of Lord Murugan and Lord Subramaniam. It was built in the early 12th century in Cambodia by the King Suryavarman II of Khmer kingdom. It took 27 years to complete the construction and was first called “Varah Vishnu-lok”. It went through many changes in religion converting between Hinduism to Buddhism several times. It is a UNESCO world heritage site and icon of Cambodia. 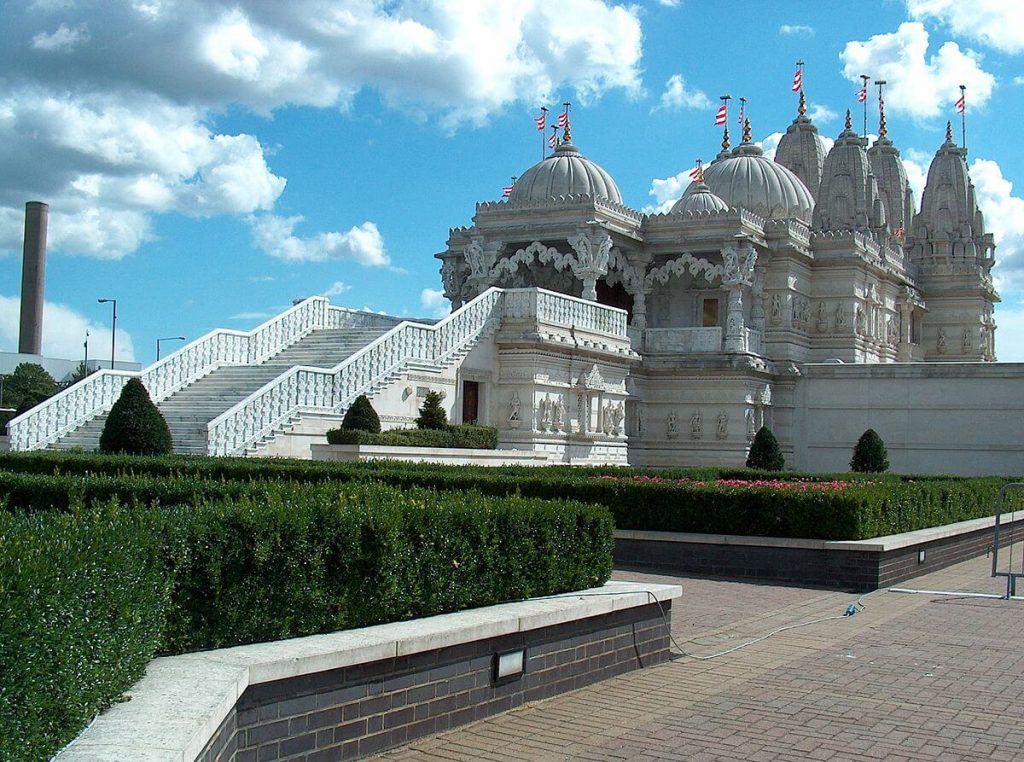 Neasden Temple was completely carved in India and then moved to London. It displays a large number of fireworks on the occasion of Diwali and also snacks to the people coming there. No doubt they really used a lot of gold on the temple. Built in Tamil Nadu using copper covered in multiple layers of Gold leaf inside a star-shaped complex, is dedicated to Goddess Lakshmi. Sripuram Golden temple at Vellore was like a visit to a Heavenly abode on Earth.

If we missed any beautiful Hindu temple that deserves to be in this top 10 list, please share us in the comments.