What would you Ban in India if You had a Chance? So here goes. I'm sure this might have been mentioned elsewhere, but, nonetheless, I'm also confident it deserves being articulated again:

THE DUMPING OF WASTE EVERYWHERE The waste, though–the garbage–brings everything down. It spoils things tremendously. And I've heard this from so many people–both Indians and foreigners.

Honking unless it's an emergency For god sake, just stop honking. It's loud, it’s irritating and it serves no purpose 95% of the time

Religion or caste based politics The first and foremost thing that is ruining our nation is the POLITICS IN THE NAME OF RELIGION, CASTE, and LANGUAGE.

Calling our self a secular nation It's a problem that has long plagued India, from Kashmir in the north to Kanyakumari in the south. It’s a public-health hazard and a pervasive eyesore that has invited corrective measures ranging from fining offenders to spraying them with water cannons, but with limited success.

In this god-fearing—or at least god-respecting—nation, only GOD can stop public urination. Income based reservation, with proper income validation, or revaluation of the SC/ST/OBC lists. Majority of the reservation users are people who do not need it anymore.
Yesterday's upper class is now today's lower class… The above picture is something most of the people of my age can relate to. You must have seen similar faces in dhabas, roadside hotels, college canteens serving you food , water and cleaning the dirty tables.

Doesn't he deserve to go to school, get education and be like people whom he serves food for ? 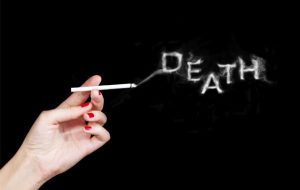 I don't know why so many people smoke in India. You are a disgrace to yourself and a disgrace to others too. With smoking comes passive smoking, which is most dangerous.