Throuple Couples From Mumbai Are Breaking Stereotypes Of Love 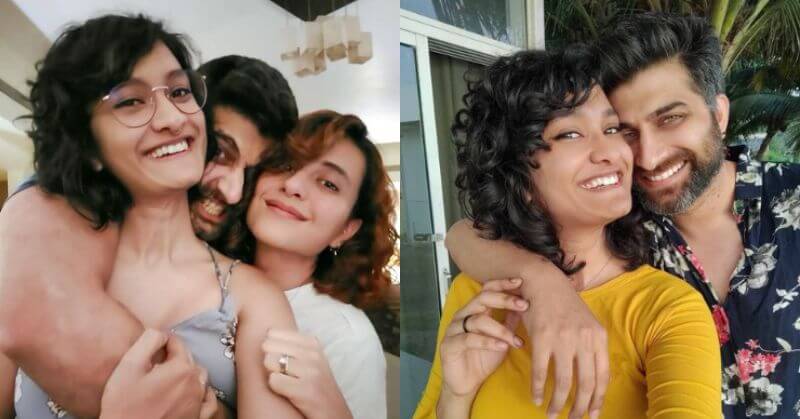 The idea of monogamy is considered the most natural form of the marital relation. However, times are changing, and with each passing day, newer things are to be seen. The idea of a romantic relationship nowadays is not just confined to two people. There are often instances of three people being in love with one another. These are the types of couples who are termed “Throuple Couples.”

Tanisha RK, Ashish Mehrotra & Shweta Sangtani are great examples of Throuple Couples. They are Mumbai-based polyamorous Throuple couples who are challenging monogamy by loving and living with one another. Read on to know about their story.

How Did They Meet One Another?

As per the reports of Times Now, Tanisha met the couple Ashish and Shweta way before the pandemic hit. Within no time, Tanisha started dating Ashish. Ashish was already open about his marriage; he said that he could date other women if Shweta was willing to co-exist. All of the parties involved were aware of each other’s existence. Soon, Tanisha and Shweta also started to hang out and spend time with one another. And the three of them came to the conclusion that they wanted to be together as a “throuple.”

Ashish On His Relationship

“It’s funny how it needs so much explaining when it’s not a standard monogamous family. The patriarchal concept of heterosexual marriages is so ingrained that those relationships and families immediately make sense to everyone.”

“But with us? There are terms like ‘alternative family’ and ‘polycule’, which, although labels, do matter because they are a starting step towards having people recognize that this is a unit built on love and respect, the same as anyone else’s. We are a family,” told Ashish to Vogue.

Ashish shared a “throuple couple” indeed faces many problems. “There is no official document that recognizes all three of us as each other’s next of kin, we can’t make decisions equally for each other during medical emergencies, and there will always be only one or at best two names on our rental agreements.”

Tanisha On Her Throuple Relationship

Before meeting the married couple, Tanisha recently got out of a long-distance relationship in 2017. She never anticipated that a relationship like this would ever come into her life, but then it did.

She says, “Home is not where a husband or wife awaits me. Home is what I built with my best friends, my partners in love and joy, where I will age with them with pride and dignity, with or without the right paperwork.” she further adds that “I realized that maybe polyamory would be more supportive of my mental health needs.”

Shweta’s View On Her Throuple Relationship

Shweta claims that marrying Ashish was always the right choice. However, they clicked and got along well when she met Tanisha. She says their feelings for one another grew organically.

Shweta told The Established, “We were both clear that we wanted to spend the rest of our lives together. So, it was never the lack of something that I was experiencing with Ashish that I wanted to seek in other places. It was simply about exploring newer connections.”

These people prove that love is love. What is your take on such relationships?