Veteran actor Narendra Jha, who was recently famous for his role as Musa Bhai in SRK’s Raees (2017), died of cardiac arrest on Wednesday morning. The actor was on a vacation with his family in his farmhouse in Wada in Maharashtra. Also at the age of 55, this was his third heart attack. This is really a shocking news for the entire TV and film industry because the actor has played several memorable roles.

According to the actor’s driver, the actor had no health issues and was completely fine the night before. He felt a chest pain around 4 am and on taking him to the hospital, they found out that he has passed away. Jha has worked in many TV shows and films. Some of his important films include Shahid Kapoor’s Haider, Shah Rukh Khan’s Raees and Hrithik Roshan’s Kaabil and Mohenjo Daro. People also remember him from iconic TV Show Thief Of Baghdad were he played the lead role of Ahmed aka Baghdad Ka Chor. He was signed up for Salman Khan’s Race 3 and Prabhas and Shardhha Kapoor’s Saaho. Also, these two would be his last releases.

Gloom In The Industry

Rahul Dholakia, the director of Raees, tweeted: “Gosh !! Tragic. Shocking. Musa Bhai no more ?? #RIPNarendraJha”. Sonu Sood tweeted, “That’s so sad. He was a lovely human being. May his soul rest in peace.”  Ekta Kapoor has worked with him in various shows and tweeted, “From captain house to ithihass he was one [email protected] first actors I worked with #RipNarendrajha.”

From captain house to ithihass he was one [email protected] first actors I worked with #RipNarendrajha https://t.co/pmRUdO4ZFE

What a shocker! Narendra Jha? This profession is truly a killer.

#RIPNarendraJha… The world has lost a talented actor today pic.twitter.com/ztMTVbJYhs

Also, CINTAA was among the first ones to pay condolences to the actor. Here’s CINTAA’s tweet for Narendra Jha.

Narendra got married to Pankaja Thakur three years back. Pankaja is the former CEO of the Censor Board and this was her second wedding. She is having a daughter from her first marriage. The family is still in a shock after the sudden death of the actor.

These kind of deaths are becoming so common in the industry that we are made to think that, “Are our stars really fit?”. We pray that the soul of the actor Rest In Peace. Not only actors but our students are also tensed and committing suicides. Read here to know about a class 12th boy who committed suicide just because he was unable to attempt three questions of three marks in his Physics board exam. 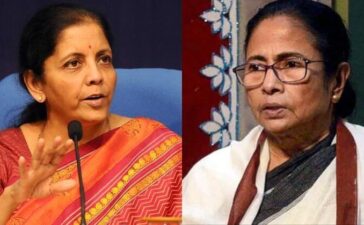 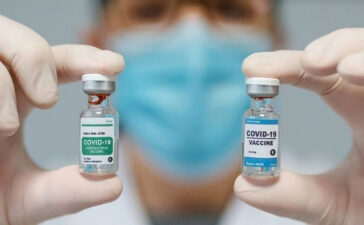 What Are The Main COVID-19 Vaccine Delivery Challenges And How To Resolve Them? Pandemic 2.0: Here Are All The Cities Undergoing Lockdown Or Curfew To Control The Second Wave