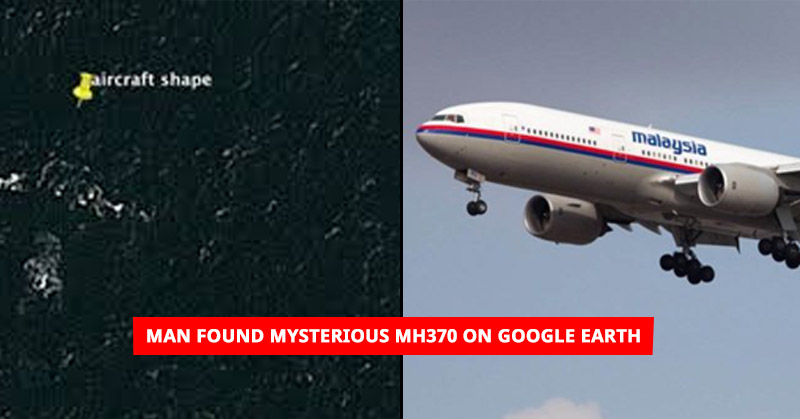 Malaysian Airlines MH370 seems to have been found by an Australian Crash Investigator near Round Island. Malaysian Airlines MH370 the Mysterious plane that was vanished on its route to from Kuala Lumpur to Beijing is said to have been found. The plane carrying over 230 people suspiciously went missing on 8th March 2014 above the Indian Ocean. The USA based company resumed the search a few months back, with little to no clue. Millions of dollars were spent by Australia, China, and Malaysia to find nothing. The search was put an end to during January 17.

Peter McMohan, 64, an Australian Mechanical Engineer who has been working on Crash Investigations for over 25 years, Claims to have Found the plane using Google Earth Images. He says that he’s been working upon this Plane Crash for months using NASA Images and Google Earth and Points towards Round Island below the sea level, in North of Mauritius.

McMohan sent this research to Australian Transport and Safety Bureau, which also confirms, for what it seems like a missing Airplane. There have been several doubts that the plane was shot down with several bullets and finding the plane will only open another Inquiry. That may be the reason why Government has been hiding information from the Public.

He might have found the Front Cabin of this plane, near Rodriguez Island, also in Mauritius. Ghyslain Wattrelos, also believes that the plane was Shot down. He believes that Malaysia, Thailand, and Vietnam could be hiding information about the same. Ghyslain says that “The plane has been seen by these country’s Military Forces. If that is true then why are these countries Silent about it?”

The plane going missing was enough of a Mystery now that Governments across countries are silent about these Questions.

If this plane is really there, why is the investigation not being started? Why was this plane shot down? So the mystery is yet to be solved. While there is another mystery of planes that sink inside the Marshall Island. We are curious about it too. Unveil the mystery here.