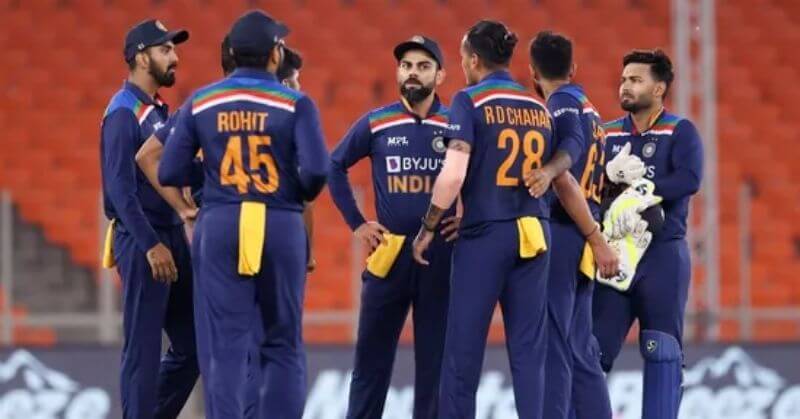 BCCI has announced India’s squad for T20 World Cup 2021. There are many surprises in the team selection. Many fans and cricket experts are convinced of the squad. While some have raised eyebrows on the omission of certain players. MS Dhoni is back and this time as a mentor for Team India for T20 World Cup. India has selected their final 15 with 3 players on standby in case of injuries.

Things That Surprised Everyone

The team selection was a serious headache for the selectors as there were many players who have performed brilliantly in recent years. Here are five things that surprised everyone.

It was the masterstroke from BCCI. MS Dhoni is the only captain to win all the three ICC trophies for India. India’s head coach Ravi Shastri term is ending soon. He will not be applying again. With MS Dhoni as a mentor, it will boost the morale of the team. His experience will surely benefit Team India.

2. Ravichandran Ashwin Is Back

This came as a shock to many cricket lovers. Yuzvendra Chahal and Kuldeep Yadav are known as ‘Kulcha’ was India’s first-choice spinners for the last 3 to 4 years. However, their form was a concern recently. Rahul Chahar was preferred over Yuzvendra Chahal. On omission of Yuzvendra Chahal, selector Chetan Sharma said,

4. Shreyas Iyer In Stand By

Shreyas Iyer was India’s first choice for second down in recent years. However, his injury ruled him out from the first phase of IPL. Suryakumar Yadav was selected ahead of him because of his brilliant batting and form.

5. Ishan Kishan In The Squad

“Kishan can bat as an opener as well as he can fit into the middle order anytime. And a left-hand option is always important. If the opposition has legspinners then an explosive left-hander is always important. So Ishan Kishan is giving us a lot of opportunities: if we need an opener he can do that having already done that and got a fifty in his first game. In the middle-order, he is a good player of spin.”

India has selected only three fast bowlers in the squad Bhuvneshwar Kumar, Mohammed Shami, and Jasprit Bumrah with Hardik Pandya as a fast-bowling allrounder. While Shardul Thakur and Deepak Chahar are stand-by players. The selectors also had a discussion on T Natarajan’s name. Chetan Sharma said,

“We definitely had a discussion on T Natarajan, but he hasn’t played cricket for a long time and he is part of the injury list and that is the reason we stuck to the main guys.”

The T20 World Cup is scheduled to start on October 17. The second phase of the IPL will end on October 15. The IPL and T20 World Cup both are held in UAE. All the matches will be played in Oman and UAE. The pitches in UAE assist spinners and India will go with three spinners and two fast bowlers template with Hardik Pandya will be the sixth bowling option. India is looking strong on paper and with the tournament is in UAE, India is definitely one of the strongest contenders to win the World Cup.