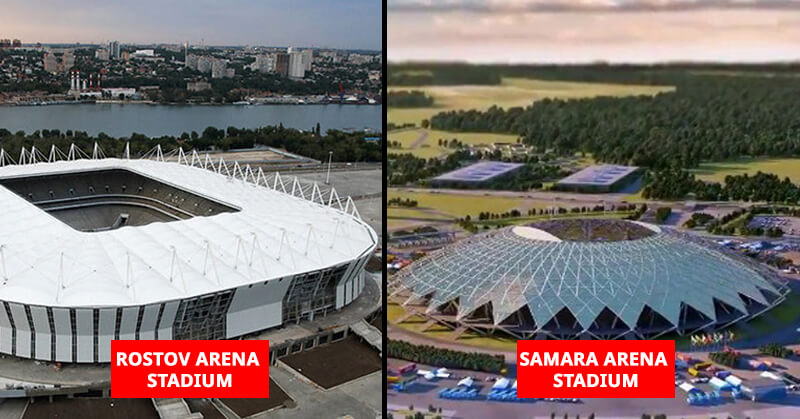 The 21st edition of the FIFA World Cup 2018 is going to begin in Russia from 14 June to 21 July. This is for the first time since 2006, there will be a football World Cup in any European country. Earlier this year, Germany had hosted it in 2006. The FIFA World Cup 2018 is not only seen in Western countries but also in India. This year, a total of 32 teams have been divided into eight groups. FIFA World Cup 2018 will be played in 12 major stadiums in big cities. Let us know about the specialties of all these hosting stadiums.

Built in 1950, this stadium is one of the world’s most beautiful stadiums. Known for its athletics track in the beginning, this stadium is being used entirely as a football stadium after the 1980 Olympics.

The Russian Premier League Championship (2017) was played at the stadium which began for football in 2014. This is the first stadium built for the Football World Cup in which government money has not been used.

This stadium in St. Petersburg has witnessed many great competitions in past too. It is counted among the world’s most beautiful stadiums.

About 27 thousand crore rupees were spent to build this stadium.  Rs 400 crore separately to make it a football stadium.