Highest Recorded Hot Temperatures All Over The World!

These are the hottest temperatures that are recorded until today on earth! Check how hot your country has been till date. Such hot high temperature has made everyone feel like they are themselves burning. But still, the climate temperature is never in our hands.

Recorded Temperature: 59° F / 15° C, Date: 1974. An outlier like this is certainly not indicative one way or the other, it is okay to think that the hottest temperature ever recorded in the Antarctic was roughly forty years ago. This temperature recording was made at Vanda Station, a site owned and operated by New Zealand.

Recorded Temperature:123° F / 51.7° C, Date: January 2, 1960. Since the most famous region of Australia is probably it’s Outback area, many think that Australia is mostly a vast desert wasteland. This is because it is either desert or semi-arid for 70% of its size. It’s also been experiencing its hottest summers on a record for the past two years. But the hottest temperature point it ever reached was more than half a century ago, before the expression of global warming.

Recorded Temperature: 118 °F / 48 °C, Date: July 10, 1977. The continent of Europe is mostly temperate or a bit on the frigid side. There are no vast deserts in it, and also the Southern nations have the Atlantic Ocean and the Mediterranean Sea to moderate their weather. But Athens, Greece once reached a scorching hot temperature the same year that there was said to have marked the start of a trend of Europe warming up.

Recorded Temperature: 120 °F / 48.88 °C, Date: Dec. 11, 1905. By contrast, we do think of South America as hot. The vast Amazon Rainforest would seem the probable area for the hottest spot. Or maybe you’d think it’s somewhere in the 41,000 square miles Atacama Desert which are purported to be the driest place on Earth, but the truth about that place is that the temperatures there are actually quite moderate.

Recorded Temperature: 128.7 °F / 53.7 °C, Date: May 26, 2010. Prior to researching this, we would have thought that probably the Gobi Desert should be where the hottest recorded temperature would have taken place in Asia. But it wasn’t. It wasn’t anywhere in the West Indies or any tropical area either. It was somewhere in the Iranian Desert. 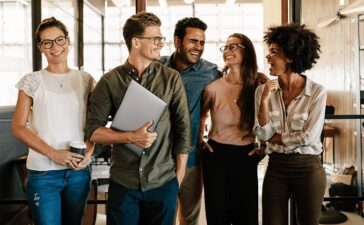 These Are The Top Indian News Anchors And Their Earnings