During the pandemic in 2020, children started playing more video games online and on gaming devices. With more children playing games because they were at home more during the day, parents wanted companies to come out with kid-friendly games and shows instead of some of the ones that are on the market now that have violence in them or that don’t teach while children are playing.

One option for families is Kidoodle. TV. It’s been a popular source for educational and entertaining shows for children for some time, but the service has recently increased by over 500% due to the demand from parents for more options. There are dozens of TV shows and movies being released by the service each week with a combination of original programs and older ones that parents could have watched when they were children.

When you talk to children about what they like to do or what they want to see, many will probably talk about games with a lot of action or television shows that keep them intrigued because of the action on the screen. Gaming is possibly the most popular activity with children compared to watching television, and they can play games with the help of Kidoodle. TV. Parents enjoy seeing the effort that the streaming service is providing to keep children occupied and keep them educated since some children might not be able to keep up with their peers who have better resources when it comes to school.

A benefit of Kidoodle.TV is that the programs and the games are safe for children to enjoy, which means that parents don’t have to worry about what their children are doing while using the service. Some streaming services have content that isn’t designed for children to view or interact with, especially if they are in elementary school and haven’t quite grasped some of the ways to stay safe while they are online.

There are several other services that offer educational and fun games for children as well and Kidoodle.TV sometimes recommends those sources so that parents have various options instead of only using one or two sources. Adults view Shows and games on the streaming service to see if there is any content that children shouldn’t see before anything is released. Content delivered by Kidoodle.TV is appropriate for children who are under 12 years of age. This means that there is little to no violence and that there are no shooters in the games or shows that are viewed or played.

More Than A Game

While playing games can keep children occupied, some children want to do more than play a few games during the day. Parents often want their children to have access to a variety of activities to keep their minds active. There are walkthroughs of games that can be viewed and ways that children can watch and create their own scenes to use their creative skills. Many of the games offered by the streaming TV service feature math and science concepts that can be helpful for children when they do go back to the classroom so that they don’t feel as behind in their lessons. Five Important Things To Look At While Purchasing A New TV 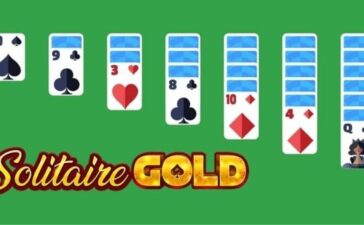