10 Bollywood Stars Who Have Their Own App, “Gotta Download Em All” She launched her own app which is titled as “Amy Jackson Official App” and was created by EscapeX which is a New York based startup. Through this app, the fans can have direct chat with her. Apart from it, there are contest, social media updates and featured videos of your favorite Amy.

If you are a fan of Sonam Kapoor then this app will be your favorite one. Here you can know Sonam closely. Moreover, it will give you some key tips for fitness and new fashion hacks.

Remo is one of the Bollywood stars that got his own app. If it is about getting one step closer to the fans, Remo D’Souza never misses the chance. Furthermore, he launched his own app that runs contest and the winner gets the choreography lessons from Remo. All in all, the fans can have live chat with Remo through the app.

Disha Patani Official App was launched on 22nd March. She runs many contests over the app and the contests bring her closer to her fans.

It is a game that aware you about the Bollywood career. There you will have animated version of Alia as your best friend that will guide you through your career in the game.

If you have crush on Neha Sharma, waste no time to install the app in your phone. The app allows access to her social media updates. Moreover, it got featured videos, contests and live chat between Neha and her fans.

Shan has stated that he want to stay connected with his fans. Moreover, he wants to share his music directly. Furthermore, he wants direct feedback from the fans. Hence, his fan is allowed to toss their reviews through the app.

If you do not want to miss any social media updates from Sunny Leone’s account, this app is all you need. Just go to Playstore and download it. The app will give you all the updates of her social media accounts.

Launched on the 51st birthday of Salman Khan, the app is the best way for the fans to get one step closer to their favorite star. Having this app, you can know more about your favorite star. From his favorite food to his motivational workout, almost everything is available there. The app is titled “Being In Touch”.

Which apps have you already installed in the phone and which you will install from this list? Share in comments. 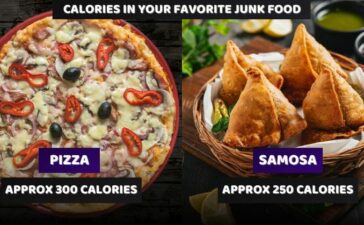