Anil Kumble has resigned from the coach of the Indian Cricket Team. He was supposed to go with the team for the Caribbean Tour but he opted out at the last moment. He became coach last year in June 24th and BCCI has extended his contract for the upcoming tour of Caribbean starting 23rd June.

The reason he resigned are said to be the differences between him and Indian Captain Virat Kohli. The decision comes less than a month after it emerged that captain Virat Kohli along with his team mates told BCCI officials that they were uncomfortable with the style of Kumble's man management. As a result, despite India's success in Kumble's year in charge, the board advertised for fresh interviews for the head-coach's position instead of extending his contract. It is understood that, on Monday, before Kohli departed for the Caribbean, he met the BCCI's top brass along with Kumble in London. The meeting was attended by BCCI secretary Amitabh Choudhary, board chief executive officer Rahul Johri and MV Sridhar, general manager of cricket operations. The meeting was necessitated after the three-member cricket advisory committee (CAC) compromising Sachin Tendulkar, Sourav Ganguly and VVS Laxman. Anil Kumble Tweet to BCCI has confirmed the differences he had with Virat Kohli.

Born on 17th October 1970, Anil Kumble is India’s leading wicket-taker in Tests as well as One-Day Internationals (ODIs). Only the fourth Indian to be inducted into the ‘ICC Hall of Fame’, he is the greatest match-winner India have ever produced.

Here are lists out 10 of his most impactful performances from an illustrious career spanning almost two decades. The venue for this historic performance was Indian cricket’s Mecca — The Eden Gardens. The stage was also big, The final of multi-nation Hero Cup. Anil Kumble’s first ten-wicket haul in Test cricket came in the first of the three-match series against Sri Lanka in 1993-94. In the Lucknow Test, which was his 14th Test match, Kumble destroyed the Lankan batting by picking up 11 wickets and helped India win by an innings margin inside four days. Another top Kumble performance came when India travelled to New Zealand in March 1994. Kumble produced another gem of a performance against the arch rivals Pakistan during the first ever Sahara Cup at Toronto in 1996. Playing first, India were bundled out for a mediocre 191. Though he didn’t get the Man of the Match award, his four wickets in the middle overs scripted India’s win. It was the final of the Titan Cup between hosts India and the favourites South Africa. Defending a modest 220, India were led by Kumble’s magical performance of 4 for 25 from his 8.2 overs. In February 1999 at the Feroz Shah Kotla, Kumble got his name etched in history when he became just the second bowler after England’s Jim Laker to take all ten wickets in a Test innings. He took all ten Pakistan wickets in the second innings and helped India win the Test by 212 runs. The Test match would be remembered more for the centuries of India’s batting troika Sachin Tendulkar, Rahul Dravid and Sourav Ganguly, but it was Kumble’s 4 for 66 in the second innings that led India to a famous win and also helped level the series. The Test, best remembered for Virender Sehwag’s first triple century, was in fact won by Kumble’s effort to bowl out Pakistan in the second innings. His 6 for 72 rattled Pakistan and helped India win by a margin of an innings and 52 runs. India was all set to win the Test on the final day before the rain-god intervened and spoiled chances of their victory. Kumble had set-up an Indian win with his timeless performance in the Test match. Anil Kumble got hit by a bouncer from Merv Dillon. Match got drawn, but the sight of Anil Kumble emerging from the pavilion, ready to bowl, his face bandaged is one of cricket's most inspiring.

In Anil Kumble's duration, India win all Test Series and many ODI series and reached to finals in recently concluded Champion's Trophy.  We wish Anil Kumble all the best for his future endeavors. 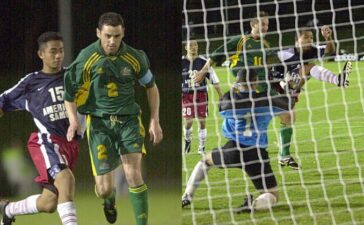