10 Movies That Won The Most Oscar Awards The film industry across the globe has given us a variety of good movies to watch and adore, but some are exceptionally good, deserving the best awards in the world like the one and only Oscar award. Here is a list of ten movies that won the maximum number of Academy awards.

It is probably no surprise to any of us that Titanic is one of the best movies till date and has won 11 Oscar awards with 14 nominations in 1997. It managed to capture everyone’s heart, adult and children alike. Several hundreds of people still watch the movie each day. An undying love-story that fills our hearts with emotions, definitely! A Jewish man of a royal background is cheated by his friend and sent into slavery. He successfully escapes and returns for revenge. The movie’s plot is relevant to the social and economic scenario even today. In 1951, the movie received ten Oscars and 12 nominations. One of the greatest masterpieces in the history of movies. 3. The Lord of the Rings: The Return of the King

In 2003, the movie won 11 Oscars and 11 nominations. With exhilarating visual effects, the movie was bound to capture the hearts of all viewers. It also had an amazing plot to it. In 1961, the movie won 10 Oscars and 11 nominations. In the movie, there’s a dangerous rivalry between two gangs from New York called the Jets and the Sharks. Two people, Tony and Maria from the opposing gangs end up falling in love. This romantic tale has a tragic end to it where both the lovers end up dying. It came out in 1996. It won 9 Oscars and got 12 nominations. This poetic movie is beyond gorgeous. It involves a nurse who takes care of a flight-crash victim who is on the verge of dying. In the process of tending to him, she rediscovers herself and finds a new side and perspective to life. It came out in 1958. It won 9 Oscar awards and 9 nominations. The movie has the actress wearing dreamy outfits and wonderful costumes that bring out the ambience of fashion in Paris. The music in the film truly harmonizes with the hearts of the viewers and it definitely deserves more awards. This movie also won 9 Oscar awards and 9 nominations. This movie involves the story of the last Emperor of China, who was pampered and brought up in a protected environment. However, his world takes a rollercoaster ride and turns an abrupt turn during the Chinese revolution. 8. Gone With The Wind

This movie came out in 1939 and won 8 Oscars and 13 nominations. Its story involves a very manipulative lady and a rogue of a man falling in love with each other during the Civil War.It presents a very different and sentimental side of the famous Civil War. 9. From Here to Eternity

The movie came out in 1953, won 8 Oscar awards and 13 nominations. It presents a very realistic viewpoint of the Army and its struggles. It is truly a pleasure to watch this movie. 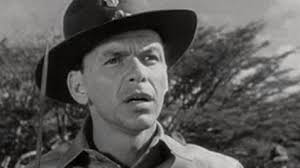 It came out in 1954, with 8 Oscar awards and 12 nominations. A former boxer finds out about the unethical practices of his boss. He decides to do something about it to curb it in spite of knowing the risk involved. The movie talks about whether or not he will succeed. The movie is truly amazing with tinges of suspense here and there. We are truly very fortunate to have witnessed the release of the above movies and there are a lot more movies that deserve our appreciation. Hopefully, the upcoming movies do us the same proud!