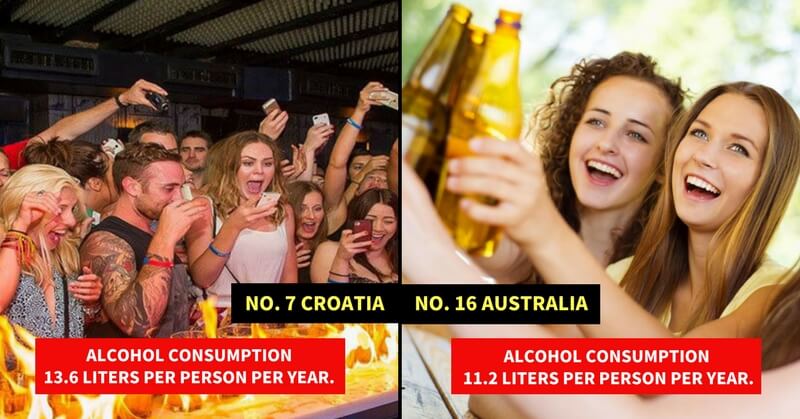 The health is a matter of concern for all the countries. Since alcohol and tobacco consumption is rising at a considerable rate. The health is degrading. Hence, today we have brought you the list of 19 unhealthiest countries and the reason for their health issues.

UK grabbed the nineteenth spot in the list of most unfit countries. The country is witnessing health issues due to alcoholism. It is on the ninth spot according to the alcohol consumption.

Besides alcohol, smoking became the prime cause of health issues in Romania. According to a report, each resident smokes 1,619 cigarettes per year.

Greece is a country where it is easy to spot the obese people as 25% of the total population is obese in the country.

Australia is a country of heavy drinkers. According to a report, the per capita consumption of alcohol is 11.2 liters per year.