Surreal Places In Germany That Will Make You Rethink Your Vacation Whenever you think about Germany, what all things that come to your mind? Beer? Sausage? Lederhosen? Yeah, this is what I thought you would say. We all have heard of the famous dictator, The Hilter, who had named himself as one of the prominent leaders in the world History. The place Germany has been one of those places that every individual would like to visit, by looking at the history.

But despite that political giant, Germany has got in itself a huge number of bizarre and places that hardly everyone would be aware of. In this article, I would like to bring in front of you the all-time famous and must-see sites in Germany that have the real international reputation.

Known for its dense, evergreen, forests and picturesque villages, the Black Forest. This mountainous region had been used for hunting grounds in the past. This place is often associated with the Brothers Grimm fairy tales. The region is situated at about 200- 1500 m above sea level. This place is very famous for its cuckoo clocks, watchmaking, skiing, and tourism.

Everyone who had visited this place, just for the purpose of experiencing the beautiful river site. The Saar is a river in the northeastern France and western Germany, and a right tributary of the Moselle. This place is very famous and photogenic.

A 19th century Romanesque Revival palace, Neuschwanstein Castle is situated on a rugged hill above the village of Hohenschwangau.This castle was intended as a home for the king until he died in 1886. This place was open shortly after his death. More than 1.3 million people visit annually, with as many as 6000 per day in the summer.

The Herrenhausen Gardens of Herrenhausen Palace, located in Herrenhausen, is comprised of The Great Gardens, The Berggarten, The Georgengarten and the Welferengarten. the Gardens are a heritage of The Kings of Hangover. Visiting the place would cultivate in you the vibes of ancient history.

The Ancestral seat of the imperial house of Hohenzollern, The castle is located on a hilltop, Mount Hohenzollern, above and south of Hechingen, on the edge of the Swabian Jura. This castle was completely destroyed in 1423 and was thought, that this place has lost strategic importance. Then in 1846, this castle was rerooted, and now this place has attracted international reputation. 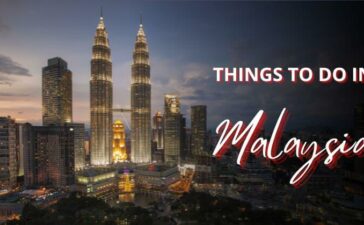 These Things You Must Do While Visiting Malaysia