World tour in your mind? Well the idea seems lucrative, but every country has its own laws right, the basic one being almost the same. Laws are necessary for maintenance of harmony in public. But some countries have gone out of the box in this aspect. Here are 7 bizarre laws, which might just be enough to compel you to leave this world

1. Chewing Gum Is Banned In Singapore Chewing gum is banned in Singapore since 1992. Only the dental and nicotine gum is allowed, that too only when prescribed by a doctor. Thinking of taking some chewing gum with you to Singapore, want to chew and spit it on the roads. Be ready with money in your pocket, as the fine is a hefty $700.

2. Changing Bulb Is Illegal In Australia 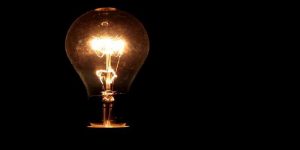 Yeah, you heard it right! In Victoria, Australia, changing the bulb is illegal. The law was made by the government to prevent people from being electrocuted. Only an electrician is allowed to do that, and if you are caught changing the light bulb, a $10 or Rs 670 fine is to follow.

3. Divorce Is Illegal In Philippines 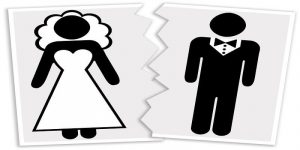 Live in Philippines? Unhappy with your marriage? Try to solve your issues, because divorce is illegal in the Philippines. Even Vatican has a complete ban on divorce. This is for all the married guys in Samoa. Make a reminder of your wife's birthday, set an alarm, make some sticky notes, do whatever you can but don't forget your wife's birthday. Because forgetting her birthday may upset her and it's illegal to this in Samoa. Or maybe marry a woman born on 28th of Feb. Will only have to remember it once in a four years.

5. Ketchup Is Banned In France A country which gives best french fries to the world, ketchup is banned! French fries and without ketchup seems not so good, lose their charm. The government there realized teenagers using too much of ketchup and wasting it, thus ruining French cuisine. Hence they decided to ban it from school cafeterias. Though you can have same with french fries though.

6. Vick Inhalers Are Banned In Japan 7. Feeding Pigeons Is Breaking The Law In San Francisco The city has such a absurd law because it blames these birds for spreading diseases and damaging property. People are encouraged to report pigeon feeders and if you are find doing so, be ready for a hefty fine.

Have you gone through any such laws in your life ? Let us know in the comments below.