COVID-19 has affected every business all over the world in some or the other way. The pandemic was like a nightmare to the new start-ups. Specifically, the B2C (business-to-consumer) start-ups have faced the most of it. The global economy is crashed. Every country is facing a financial crisis. But there are a few companies who have stood up and are mutating eventually according to the need of the hour. Here we bring out to you the companies which were affected but are transforming emphatically:

Cure-Fit is a health and fitness form that provides online as well as offline lectures for workouts and meditation. The app has followed the guidelines set up by the government and has started providing live classes to its customers. The app offers live classes not only for the subscribed members but also for the general public. It has helped the app to climb the download count of more than 5 Million. The app has recently added a new feature named ‘Cult Dwell MasterClassess’ in which the celeb trainers, actors, sportsmen take fitness classes. Yasmin Karachiwala, Mandira Bedi, Mary Kom, Brett Lee, Vijender Singh, and PV Sindhu are some of the top trainers in the latest feature.

Due to the communicability of the virus, people were afraid to order even goods online, food was never in the picture. This made the situation extremely arduous for the firms to continue their services. But eventually, as the relaxations were imposed and the anxiety of the people settled down, these apps started gaining responses. One of the most popular food delivery apps like Swiggy has started delivering alcohol in very few parts of India. Utmost care is taken while the delivery of alcohol, which includes age verification and person authentication.

One of the most famous transport booking apps, Redbus faced a tough time during the pandemic. Since the transport was completely banned, the use of the app was almost negligible. However, a few months after the pandemic, the firm has come up with its own unique way. It puts forward a choice to the folks to either rent their buses or vans or to drive them. The buses and vans are rigorously sanitized after each boarding. The feature brings ease to both the travelers and the renters.

Including all the places of public gathering, theatres were among the ones to get entirely banned. BookMyShow is an app that provides easy online bookings for the theatres. But, as the theatres were prohibited the app also lost its users.  However, the developers did not get disheartened. They began conducting live concerts, programs, and many other events. To date the firm has successfully organized more than 20 such programs, some of them were paid while the others were free. The cost of the paid programs sometimes ranges up to 1000 rupees.

COVID-19 has bought a great setback in the finances of almost all countries. Since the firms are lacking funds they are forced to fire their employees because they are unable to pay them. In a country like India where unemployment was already a big problem, the pandemic has made it even worse. But, some companies and individuals are helping out the poor and needy. It is well said that “Adversity breeds opportunity”, the firms mentioned above were facing a huge downfall. But they rose up with some really unique ideas and continue to function as they did before. 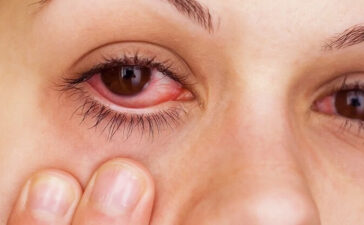