Hansika is one of the top South Indian actresses. Her popularity is off the charts in South India. However, she is not from South India, she is from Mumbai. At the age of 10 she started her acting career as a child artist in TV show "Shaka Laka boom boom". Moreover, on the age of 16 she made her Bollywood debut from the movie "Aap Ka Surroor". However, the movie ended up being in the flop list. No doubt Taapsee is best known for her work in South Indian cinema. Only a few of us know that she is from a Punjabi family in New Delhi. After a small modeling career Taapsee made her started her acting career in 2010 from Telugu movies. Kajal Aggarwal is best known for her acting in Tamil and Telugu movies. However she was born in Mumbai, she made her acting debut for Bollywood movie "Kyun! Ho Gaya Na". Ileana is another example in our list that got fame from the south Indian cinema despite being from Pune Maharashtra.The origin of her family is Panji, Goa Very few of us know that the Bahubali fame Tamanna Bhatia is actually from Mumbai Maharashtra and she is a Punjabi by origin. Born in a Punjabi family in New Delhi, Bhumika Chawla is one of the most admired South India actresses. After her acceptance in South Indian cinema, she debuted in Bollywood opposite from "Tere Naam (2003)" alongside Salman Khan. Born in Bhagalpur, Bihar, Neha Sharma started her acting career in 2007 from a Telugu Movie Chirutha and eventually got a huge fan following in South India. She debuted in Bollywood from Mohit Suri’s Crook 2010. Born in Mumbai into a Manglorean Catholic family, Genelia D’Souza made her debut in south Indian cinema from the Tamil movie "Boys", before that she had worked for Bollywood movie “Tujhe Meri Kasam”. However, she got recognition from the South Indian cinema.

Undoubtedly some of the actresses in this list are quite a surprise for us. Did you know about them? Share your thoughts and reviews below. 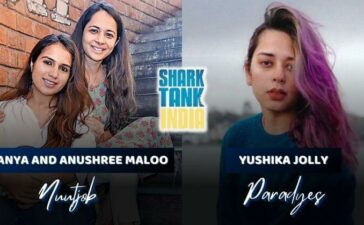