All the things are subject to change. Early or late, the changes take place. However, there are many popular cities which used to look different in the past. Hence, today we have brought you 10 popular cities that changed beyond recognition.

Known for its modern architecture, Beijing was not a modern city right from the beginning. It is the development that changed it beyond recognition.

Melbourne is one of the most developed cities in the world. Moreover, it is the most liveable city in the world according to 2017 index. But, the city had a different picture in 1920.

Seoul is a metropolis city and the capital of South Korea. The city is famous for its skyscrapers. However, there was a different picture of the city back in 1950 as there were no skyscrapers.

Back in 1930 Toronto did not have that much traits to fascinate someone. But now, it is one of the top cities in the world.

Dubai has developed beyond recognition. Once there were a few buildings but now the city got the ultra modern architecture.

The City is famous for beaches. The beaches were there in 1980 but the architectural design was poor back then. Now the city looks well equipped with architectural beauty.

The garden city, Singapore was not an attention arrester and opulent city in 1960. The splendor was absent back then. However, the change is unbelievable as now it is one of the most popular cities in the world.

Located on the central coast of China, Shanghai is the biggest city in China. Moreover, it is a financial hub. However, the structure of the city was quite different in 1990.

The autonomous territory of China, Hong Kong made a transition from being an under development city to a fully developed one.

The capital of Kenya, Nairobi was not that much alluring back in 1960. Undoubtedly, the city has made a remarkable progress.

Check 10 countries and the kind of house they provide in $1000 per month Read Here.

Which one is the most surprising for you? Share with us. 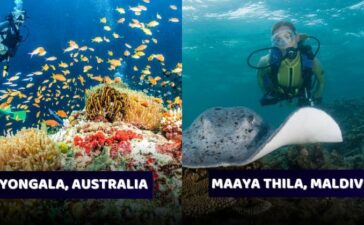