Popular Career Paths – What Is The Current Generation Interested In? Even though it’s easy to get the impression that things are quite stale between recent generations in terms of career prospects and overall interest, that’s not quite true. Sure, certain fields remain more popular than others by a large margin. But we’re also seeing a rise in attention towards certain career paths that used to be seen as a niche in the past.

It will be interesting to see how these trends evolve in the future too. But for those wondering what kind of career they should start building for themselves today, here are some of the most popular choices among young people.

Much to nobody’s surprise, software development remains one of the most popular career paths for the tech-savvy. It’s becoming easier to get into the field, though there are still various obstacles that require some technical aptitude to overcome. There’s no shortage of information about those points out there, though, and much of it is now freely accessible. Even people without higher degrees can now successfully enter the field and make progress in it.

At the same time, many low-level tasks are now starting to be automated to a large extent. This is likely leading to a future situation where only deeply specialized experts will be of any true value to the market. This is important to take into account for anyone who believes they can get away with general coding skills.

Working in artificial intelligence development is a safer bet for those who don’t want to get left behind. However, this also requires a good degree of scientific knowledge, and a higher degree might be required in order to make any significant progress.

Another field that’s remained highly popular over time and is unlikely to decline anytime soon is medicine, including physicians, nurses, technicians, and other auxiliary positions. However, the bar of entry seems to be going up in recent years.

Even though the field has benefited hugely from various technological advancements, it still requires in-depth medical knowledge and this requirement has not gotten more relaxed in recent years. Still, for those who can put their minds to it, it’s definitely a lucrative and exciting field.

However, the levels of stress associated with the typical job in this sector should not be underestimated. Physicians are still required to go through very long, stressful shifts that can take their toll on their mental health. If you are currently struggling with your mental health and are in need of support, reach out to BetterHelp’s licensed professionals today. There are less demanding positions in the sector but, as can be expected, those don’t pay as well as their more burdening counterparts.

There has been a rise in attention to career paths in education in recent years. This can be explained by various factors but, whatever the main reason is, it’s certainly not a bad thing. More and more young people have their sights set on degrees in the field. Tighter specializations are not rare either. A masters in reading education can be quite valuable in some areas right now.

Judging by the current situation, these trends are likely going to continue in the near future. Hopefully, government institutions will be ready to deal with the growing attention and will be able to provide adequate support to those who want to get involved.

Business administration has dropped in popularity in the last decade, but it’s now back up in the charts and it doesn’t look like it’s going down anytime soon. There’s a good explanation for that – it’s easier than ever to start your own business, and many people have been taking advantage of that.

As a result, the need for specialists with in-depth knowledge in operating large enterprises has been growing fast. It looks like the market has been unable to satisfy the demand for some time, which has resulted in some serious attention to this career path in recent years.

Business administration is also relatively flexible in its utilization, as the degree can come in handy when trying to land a job at a major corporation as well. It can even open the door to some high-ranking positions that would normally require a good degree of aptitude in other fields. However, it’s not a “golden ticket” and still requires a lot of hard work in order to develop the knowledge required to perform well.

On a similar note to healthcare, many young people are now not only motivated to maintain their own health in a good condition, but they have also started to take up various positions that help others in this regard as well. Personal trainers and coaches have come into the mainstream, and the healthy level of competition has resulted in a very stable market full of opportunities for those who have what it takes.

Of course, it’s not a field for everyone – it does take a certain physical predisposition. But those who’re suitable for this career path now stand to benefit more than ever thanks to the way the market has been evolving in recent times.

Analytical skills are more valuable than ever in many circles. Even though artificial intelligence is now being used to handle complex analytical task, there is still a serious need for a professional human touch in this field. Many people have started to realize that it doesn’t take that much to get started with building the right skills necessary for this.

As long as one has the right mentality for it, being an analyst can be a very attractive career path that can open up opportunities in multiple companies and institutions. However, it can also be a bit heavy mentally, something which is important to keep in mind for those planning to build an actual long-term career as an analyst. It’s still not rare to see people “burning out” after some time, unfortunately. Modern technology has been helpful in minimizing that though, as those in the career now have access to various advanced analytical tools. 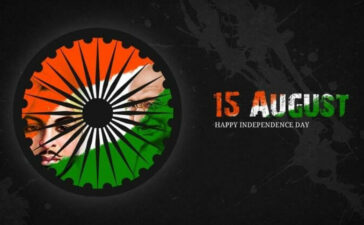 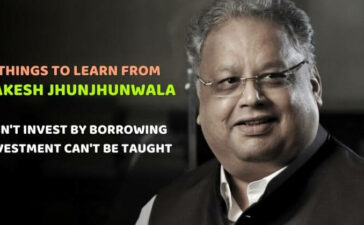