The world is still very much a mystery to even the most traveled people. That means there are still so many last places around the globe for you to visit. Today we will talk of 5 of these last places of our beautiful nation, India, that are enchanting, beautiful, and magical but also the last places on our country’s border.

Traveling in India is as fun as anything. India is an enormous and diverse destination. Bordered by seven different countries, not to mention the Arabian Sea and the Bay of Bengal, the country has many different sides. More than 20 official languages, multiple religions, and various cuisines exist within India’s borders. Travel is the key to truly experiencing the breadth of Indian culture and history.

Following are the last places of India that are filled with wanderlust must visit and put their steps on if you have not already!

Chitkul is the last inhabited village of India, located right around the border of India, China, and Tibet. But as per the official records and sayings, Mana Village in the Chamoli district of Uttrakhand is what we call the last village of India. Located at an altitude of 3,200 meters, the people belonging to this village are known as Bhotias (Mongol tribes).

It is one of the top tourist destinations due to its nearness to Badrinath, a revered Hindu holy place. This beautiful last village is located near the banks of the Saraswati river and is surrounded by Himalayan peaks. Therefore, May to June is the best suited time to visit it.

2. Dhanushkodi, The Last Land Of India

The last land of India, called Dhanushkodi, is a beach town in Tamil Nadu. It is often referred to as the last stoppage of India as it is in the most southern direction. Its distance from Sri Lanka is only 31 kilometers. This town was destroyed in 1964 when the craziest cyclone hit it, the Rameshwaram cyclone. Since then, it has been believed to be inhabited. A mythological tale is associated with this place, saying that to rescue his wife Sita from the shackles of evil Ravana, Lord Ram, with his army, built Ram Setu, which is also called Adam’s bridge.

A hidden gem is situated in the Chamoli region of Uttrakhand. It is the last shop in India that majorly sells tea and is on the Indo-China border. The tea business at this shop that is named Hindustan Ki Antim Dukaan is by Chander Singh Badwal. He started this about 25 years ago in this same hamlet says a tweet of The Better India, and since then, is going on. It is nestled in the scenic beauty of the Himalayas. The shop is a must-visit for all those wanderers who love to roam around beautiful mountains and enjoy a sip of kadak-chai.

The last beach of India is located at the southernmost point in Tamil Nadu called Kanyakumari. Junction of all the three seas- the Arabian Sea, Bay of Bengal, and the Indian Ocean this beautiful beach. It has many regional cuisines with fantastic views. With the most beautiful sunset, Kanyakumari and its incredible history is not just the last beach of India but also an important pilgrim site in India.

These are the five last places of our beautiful nation that are spectacular not just in their beauty alone but also with the significance it bores in historical terms. Therefore, every travel lust freak and people in general, especially if you are an Indian, must visit these places and enjoy their beauty. 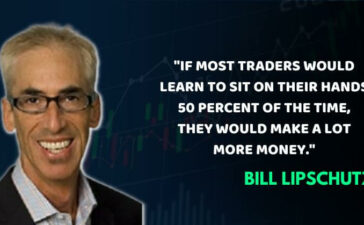