With iPhone 7 Around The Corner, Here’s What You Can Expect From It Yes, a new iphone’s coming out this September. And so does leaks… new leaks are coming out from many unknown sources, but, they seem pretty interesting.

Before we get into the leaks and features, there are some rumours that there wouldn’t be an iphone 7. But! An ‘iphone’.
Instead of using the number system, the next one is expected to be an ‘iphone’ and an ‘iphone pro’. What’s the difference ? Well, we’ll see that after sometime.

Now, what do the leaks say?

Yes, you heard that right. Chances are that the next iphone will not have a 3.5mm headphone jack.

Instead, we can expect wireless earbuds from apple, but relatively that would be more easy to lose, right?

Or, we could use headphones with the lightning port. And yeah, they are pretty expensive. These are some examples, if you’d like to try one.

On earbuds side, Boat DSP 4000. On the side of headsets, Audeze headset with lightning cable

Well, they’re planning to make the phone even more thinner (Some day the phone’s gonna fly away) and to increase the battery size. We must do some sacrifices…

Wait… before you conclude, they say it’s water resistant. Not water proof. There’s a difference. But why? Samsung’s S7 egde is water proof without sacrificing any looks or covering the ports. Take note, Apple. Copy from Samsung this time to change the roles maybe. 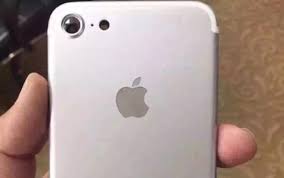 As you can see in this pic, the camera bump is relatively larger than the iphone 6’s camera. Which means, a larger sensor. You can’t expect apple to give an increase in the megapixels, because there’s much more to a camera, other than the pixels.

As i said earlier, there’s a pro edition of the iphone coming out. What’s new in it? Rumours say that the pro edition will have a dual rear camera and a massive 256 gigs of storage. That’s really “PRO”!

5) Change in the base-line model

Until now, the base model has 16 gigs of storage. But come on… in today’s world 16 gigs is in no way shope or form enough for our smartphones.

So, finally apple has decided to take a leap and changed the base-line model to have 32 gigs of storage.

In terms of design, not so much changes are expected. The pics of iphone 7 (leaked) shows that the design is pretty much the same as the iphone 6 and 6s, except for some details, like the antenna lines.

So finally, is this a worthy upgrade? It is, if you have an iphone 6 or previous models. But if you’re using a 6S, then this is not “that much” of an upgrade to you.

I can already see a long queue near the apple store…