No matter how busy our world is and everyone is in a rush but here are some people who keep Humanity more than everything.

Aman, a young boy from Mumbai set an example of humanity. He saved a 5- day old girl kid which he found abandoned near autorickshaw in Mumbai. Aman made a quick post on Twitter asking for help.

Found this 3 to 5 day year old kid in closed auto. Please help me guys. I’ve no idea what to do? #help pic.twitter.com/ZBHg8xdLNz

Aman even called the police which at that time didn’t respond. However, another user smartly tagged the Mumbai police. Police was already rush into action rescuing this small kid.

Call police bro.
If you are alone I will suggest you get someone with you. And I hope you are in a safe place and not someplace dark.

Within minutes police also replied on Twitter and even Aman posted the photo of a lady police personal holding the baby in her arms.

Everything was done in no time. This incident is a great example that how powerful social media can be and what is the impact of  Twitter and other social networking websites.

She’s hospitalized in sion hospital. They are undergoing some medical tests. https://t.co/9R3S1s713O

After the rescue was successfully done people kept asking about the condition of the baby and Aman also kept updating them.

Aman not just asked the police to rescue her but he along with police took that baby to the hospital and assured that she gets a proper treatment. After the proper nourishment baby’s condition is now normal.

What is the matter of concern now that who can adopt this baby and even Aman went ahead overseeing this?

I’ll be going to the child adoption center in a while. I’ll update you if there’s any progress further.

It’s good to see that even in today’s world where people are not that concerned about their loved ones, a person like Aman come forward and set an example for whole society. Mumbai police should also be appreciated for their quick response.

.@Jugadu_banda alert citizens like you on the streets of Mumbai, play a major role in making it a safe city! Thank you for making sure the child reaches safe hands #ThankYouMumbai pic.twitter.com/giiyD2z7Os

Another side of the coin is that even in a 21st-century infant in India can be abandoned fortunately, she will live a good life all because of people like Aman and Mumbai police.

Here is another example that humanity still exists in society. Few days back, Ola offered something to a man which will touch your heart. 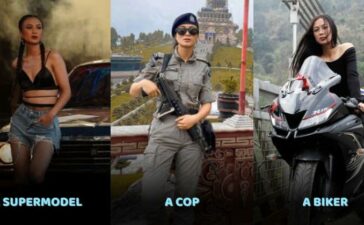